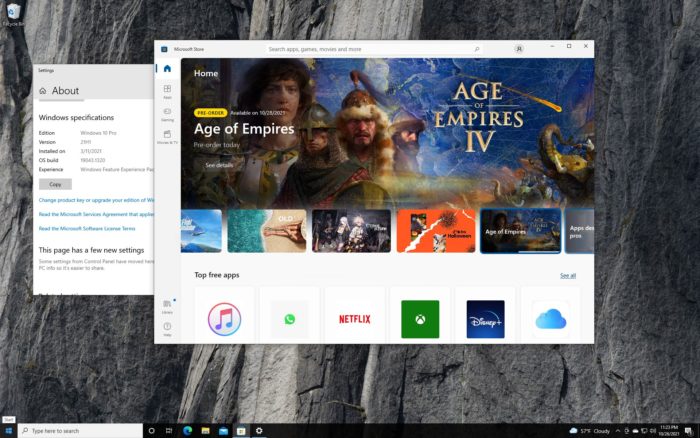 After a few weeks of testing, the new Microsoft Store for Windows 11 began to arrive also for Windows 10 this past Thursday (11) , bringing a modern look and more application options for users to install. Additionally, the update gives developers more flexibility by allowing downloads from other platforms and expanding support for more types of apps.

The new Windows 10 app store is being rolled out implemented in phases for users. The forecast is that by the end of 2021 the update will have reached all computers with the operating system. Microsoft has clarified that the update will arrive automatically and in the background, so no action via Windows Update is required.

“ The new Microsoft Store on Windows has been completely redesigned to deliver more content in a simple, responsive experience. It also provides enhancements to tools that allow developers to discover and configure applications.”

In practice, the new Windows 10 app store will bring a modern design and easy to use for users. As for developers, the Microsoft Store will be much more open and flexible. Downloads from competing platforms such as the Epic Games Store will be allowed through the new version.

In addition, Microsoft has also expanded the types of apps allowed to be offered through Microsoft Store. Now, we can find Win32, .NET, UWP, Xamarin, Electron, React Native, Java programs, and even Progressive Web apps. As a result, the offer of apps to users also increased.

Microsoft had started testing the new store on Windows 10 Insider, the operating system's testing program, on October 27th. If your Microsoft Store hasn't changed yet, don't worry, by the end of this year the update should reach all computers with Windows 10. However, some will have to wait a little longer than others .