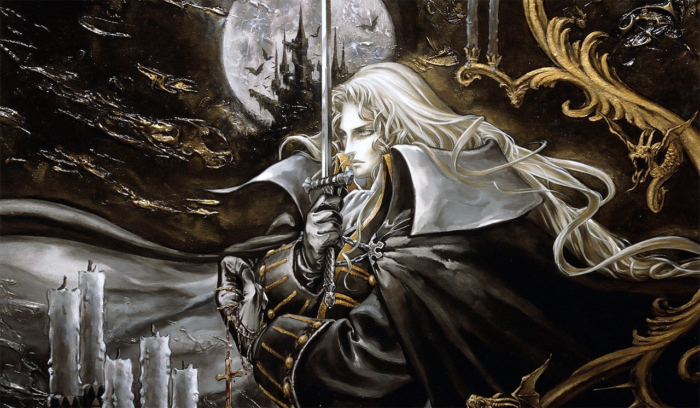 Castlevania is an action-adventure game with a gothic and horror setting. With part of its titles embracing the mechanics of platforms, the Konami franchise brings the saga of vampire hunters against Dracula and has simple controls and fast learning, but it demands dedication to master the gameplay. With so many games released, it's not hard to get lost. Want to know the right order to play? Then look at the timeline of Castlevania.

Before we get started, it's worth noting that this list focuses on the main timeline of the franchise. Reboots and remakes were not included. Other than that, the titles Order Of Ecclesia and Harmony Of Dissonance are not listed because they have little impact on canonical events, but here is a record of their existence.

By organization criteria, each title below is ordered by the year in which its story takes place.

That said, here we go.

Warning: there are spoilers in this article !

This chronology game follows in the footsteps of Leon, the first representative of the Belmonts – the famous family of vampire hunters. In the story, Leon's lover is kidnapped by a vampire named Walter Bernhard. To rescue her, Belmont gets the help of Renaldo who offers him the Whip Of Alchemy (or Whip of Alchemy).

Unfortunately, Leon doesn't arrive in time and discovers that the love of his life has been turned into a vampire. With his sacrifice, his soul is absorbed by the whip that transforms into the legendary Vampire Killer Whip, which is seen throughout the series.

At least Leon gets his revenge and defeats Bernhard, but the corrupted soul of the vampire is used by Belmont's friend, Mathias Cronqvist, who rejects his humanity and transforms into Dracula! The best known and most powerful of all vampires thus becomes the mortal enemy of the Belmont family forever.

Dracula, already extremely powerful, married and had a son named Adrian. But as the prince of darkness was not made to be happyiz, your wife is killed by humanity. Dracula, enraged, declares war on Earth.

After centuries, the Belmont family is close to disappearing completely after years of active duty. Trevor Belmont, the last remaining member of his bloodline, rescues the Vampire Killer whip and vows to destroy Dracula. For this, he has the help of the dark lord's own son (who has now changed his name to Alucard), the alchemist Sypha and the thief Grant.

The group manages to defeat Dracula (for now) and The story of this game even inspired the plot of the animated series Castlevania, from Netflix.

The protagonist is now not one of the Belmonts, but a former servant of Dracula: Hector, who betrayed his former master – defeated in Castlevania III. Tired of the atrocities he witnessed while working for the dark lord, Hector decided to live a normal life (or at least try).

But, of course, the lull would not last long and Hector's wife was murdered by Isaac, who was once one of Dracula's servants. As you can imagine, Hector vows to seek revenge.

However, there is a change of plans when he refuses to tread the darkness to achieve his goal, which (in part) thwarts Death's plans. , who wanted to use Hector's body to resurrect Dracula. Instead, the entity uses Isaac. Hector then defeats his former master who has just come back from the dead.

Dracula is back after a prophecy comes true. It said that the dark lord would return if humanity lost faith in God. The family of vampire hunters returns to history and Christopher Belmont has the mission to defeat Dracula.

Despite being part of the Belmont saga, even though it was fun, this title was considered too simplistic (not least because of the limitations of the Game Boy, the platform from which it was launched), both in terms of audiovisual and gameplay.

In Belmont's Revenge, Dracula manages to evade Christopher. However, he is forced to go into hiding in order to strengthen himself again, after the events of the previous game.

When the prince of darkness finally returns, Christopher is already much older. His son, Soleil Belmont, is next to continue the family's saga against the vampire. But things didn't go so well for Soleil, who was turned into a demon by Dracula. Christopher had to come out of retirement to defeat the vampire again and save his son.

Another century passes and guess what… Dracula is back! Who faces the challenge of facing him (again) is Simon Belmont using the legendary Vampire Killer whip.

It seems that Dracula came prepared for the Belmonts this time. He decided to put into practice the experience gained by facing the family over the centuries. Before Simon delivers his final blow, Dracula curses him leaving a hook for the next game.

Simon Belmont needs to destroy parts of Dracula, scattered everywhere, while fighting monsters that still terrorize the region. Only after destroying their remains does the vampire hunter face Dracula's ghost.

Simon's saga ends when he succeeds. save Transylvania from the darkness created by the vampire lord.

One hundred and one years after the events of the original Castlevania, a dark priest named Shaft, and Dracula's loyal servant, resurrects his master through a satanic ritual. could get worse, Shaft kidnaps several women to choose Be a new bride for Dracula.

And where does the vampire hunting family fit into this story? One of the kidnapped women is engaged to Richter Belmont, who joins forces with Maria Renard, saves the kidnapped women, and the two defeat Shaft and Dracula (again, but we all know he'll find a way back). >

This is perhaps one of the most famous titles in the series. Richter Belmont returns, but is used by Shaft to revive Dracula. Who faces the challenge of sending the vampire back to darkness is Alucard himself, after centuries since his last appearance.

There are no more Belmonts available and someone needs to put Dracula "to sleep" again. With the help of Maria Renard (from the previous game), he defeats Shaft and Dracula, as well as rescuing Richter. Alucard then returns to his eternal rest.

One of the highlights of Symphony Of The Night is that the game marks the beginning of the metroidvania style in the franchise and serves as an inspiration for several other games to date.

Elizabeth, niece of Dracula and a priestess of darkness, begins (in 1914) World War I as a way to spread chaos and destruction for Dracula himself.

p>John, son of Quincy Morris, who received the Vampire Killer from Richter Belmont, teams up with Eric Lecarde to defeat the evil that plagues Europe. But there's one problem (there always is): John isn't a Belmont, so using the Vampire Killer (which he got from his father) slowly drains his life. But before his inevitable end, he defeats Elizabeth and... Dracula!

A vampire named Brauner emerges amidst the chaos and even more death generated by World War II, 30 years after the events of the previous game. Incredibly, this time, the villain's goal is not to resurrect Dracula. Brauner is more opportunistic and rebuilds Dracula's castle to become the new prince of darkness.

Jonathan Morris and Charlotte Aulin, the new protagonists, team up to extract the true power of the Vampire Killer whip and stop the curse he put on anyone who wasn't a Belmont. Together, they defeat Brauner, but before declaring victory, they both run into Dracula (thought he wouldn't come?) and Death, but these are also defeated.

Leap into the future, Aria of Sorrow brings a new hero: Soma Cruz. This time, the game takes place in Japan ravaged by a new war against evil. Soma joins forces with Julius Belmont, Yoko Belnades and Alucard (who now uses the alias Genya Arikado).

The plot twist of the story is that the game's villain, Graham Jones, who everyone believed to be the reincarnation of Dracula, is actually just a psychopathic madman. Dracula has been reincarnated into Soma Cruz himself! However, the hero manages to conquer the evil within him. itself and thus prevents the full resurrection of the vampire.

In Dawn of Sorrow, also set in Japan, a cultist named Celia Fortner intends to use Soma Cruz as a vessel for yet another attempt to revive Dracula. Of course, this unites again the hero and his allies from the previous game – including Arikado (Alucard).

In the final battle, Soma must face the cultists and, one of them, absorbs Celia who turns into a cultist. even bigger monster. The protagonist defeats all opponents and, once again, Soma manages to resist the evil that lives inside him.

With information: The Castlevania Dungeon and Gamerant