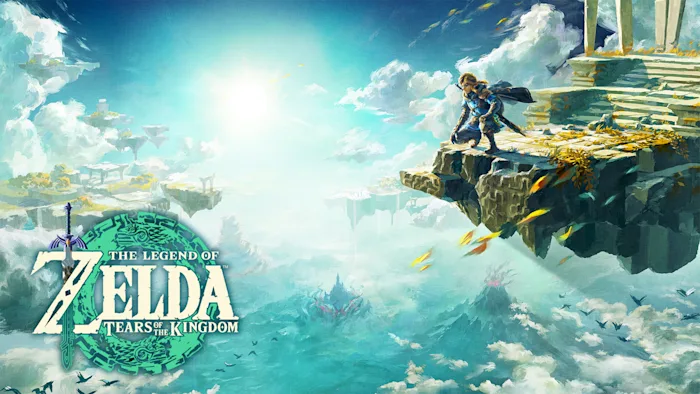 It happened! During Tuesday's Nintendo Direct, Big N finally released the subtitle of the long-awaited sequel to The Legend of Zelda: Breath of the Wild. Called Tears of the Kingdom, the title should offer a gigantic adventure like its predecessor, but with new features that can be seen in the trailer. In addition, It Takes Two and 007 Goldeneye from Nintendo 64 will also arrive on the platform alongside other franchises.

The newest teaser that emerged in the Nintendo Direct presentation announced the subtitle of Link's next adventure. In it, it is possible to discover a little more about the game's world and even check out two possible resources that the protagonist will have in hand.

From the start, so that much of the hero's journey will take place in the clouds, with small scattered locations. Something very reminiscent of parts of The Legend of Zelda: Skyward Sword. So it looks like one of the tools available will be a type of elevator, which Link can grab onto to ascend to the skies. By the way, the character will make use of a type of glider to get around, probably to overcome great distances.

On the other hand, no part of the game's story was unraveled in the trailer, leaving fans to create their own theories.

The release date of The Legend of Zelda: Tears of the Kingdom is set for May 12, 2023 on Nintendo Switch.

Capcom's horror franchise will have four of its latest games in the cloud format for the hybrid console:

Interestingly, the first one that will be released is the one with Lady Dimitrescu as the big villain, arriving on October 28th. It's reviewed on Tecnoblog!

The co-op adventure that won the “Game of the year” award in 2021 will also appear on Switch. It Takes Two arrives on November 4th. If you don't know the work, check if it's worth playing.

One of the most exciting news for retro game fans was the announcement that 007 Goldeneye. Nintendo Switch Online subscribers, Big N's paid service, will be able to enjoy the campaign and multiplayer “coming soon”.

In addition, Bayonetta 3 has received a new trailer. Of course, we can enjoy more of the gameplay and story of the adventure coming at the end of October.

However, the coolest news for me was that Octopath Traveler 2 is almost ready, with the release confirmed for February next year.

Finally, Shigeru Miyamoto came out to say that Pikmin 4 is in development and will be released in 2023.

Overall, what was your favorite ad for this Ninhaving Direct?