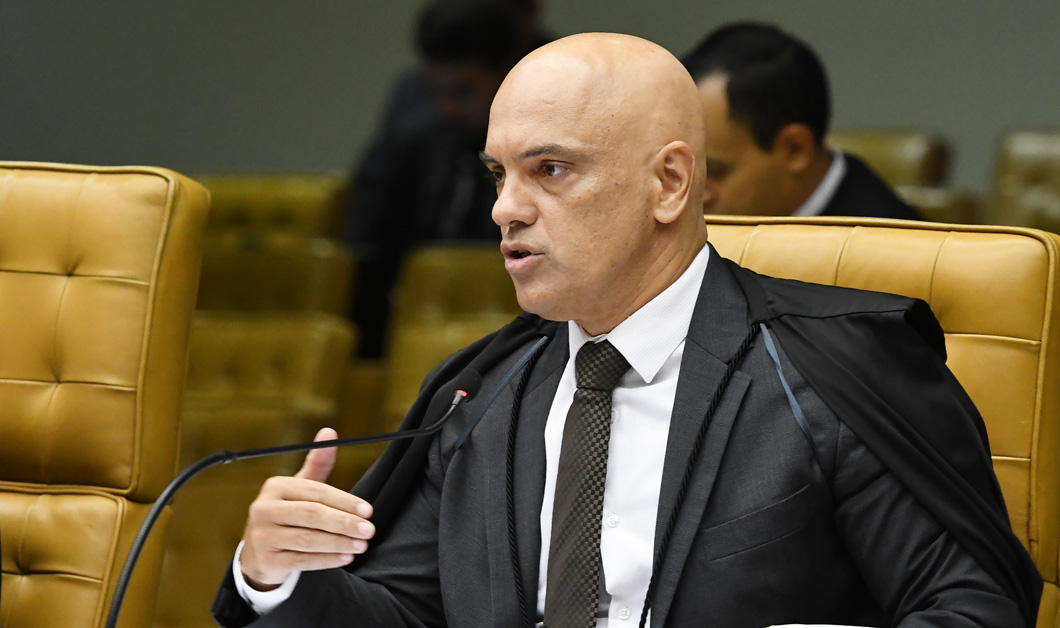 Before ordering the arrest of Bolsonarista blogger Allan dos Santos on Thursday afternoon (21), the Minister of the Federal Supreme Court (STF), Alexandre de Moraes, made a series of demands on websites used by the president's supporter as a source of revenue. Moraes's determination is that Google Brazil sends a list of the lives made by the Terça Livre channel on YouTube with data from the main donors, such as IP and registration information.

In the decision that determines the arrest of Allan dos Santos, Alexandre de Moraes responded to a request from the Federal Police to break the blogger's banking and telematic secrecy. He is accused of being part of a criminal organization, as well as having committed crimes against honor and inciting hatred and violence through social networks.

In addition to asking for the blogger's imprisonment, the minister also demanded that some platforms used by Terça Livre — channel by Allan dos Santos — to obtain financial support sent data on donations and donors. According to the PF, the page takes 66% of its revenue from the internet.

One of the platforms mentioned in the decision is Google, owner of YouTube, through which Terça Livre TV takes most of its money from donations. The STF minister ordered that a list be sent containing all the lives of Allan's channel on the platform, as well as donor data: IP, donation amount and information used to create the account on the platform. Last month, Google was against the STF's decision that asked for the suspension of Bolsonaristas profiles. ">STF wants data from operators and “vaquinha” sites

Another demand from Moraes is that YouTube inform the name and payment method associated with Terça Livre donors. As soon as Google complies with these two demands, the STF minister determined that operators such as Claro, TIM, Oi and Vivo also inform about the IP of these users.

According to the PF, between 2018 and 2021, Allan dos Santos was in several locations and may take advantage of the world wide web for the purpose of financial gain from political polarization. The Federal Police says:

“[…] Allan Lopes Dos Santos, voluntarily adhering to the plans of other people, is part of a criminal organization dedicated to the practice of threats, incitement to commit crimes, slander, defamation, slander and others, with the objective of obtaining economic advantage from monetization and donations and having as a consequence the destabilization of the Democratic State of Law, in addition to hiding or disguising the nature , origin, movement or ownership of values ​​arising from criminal activity, through the use of donation services on the platforms of the world wide web.”

Data gathered by the PF in the fake news survey, opened at the request of Minister Alexandre de Moraes himself, point out that of the 1,581 donations identified on the Terça Livr channel and TV on YouTube, 41% nare not registered with any CPF. Some of the main donors are public servants.

The Attorney General's Office (PGR) was summoned to manifest itself in relation to the STF order that determines the arrest and the breach of telematic and banking secrecy of Allan dos Santos.

The PGR understands that it is appropriate to remove Allan dos Santos' secrecy to find out if the money destined for the Bolsonarista blogger has an illicit origin and destination. These resources, according to the PGR, are used for “the dissemination of false news or attacks against the institutions of the Brazilian State”.

"Access to access logs and registration data of those responsible for making donations to the Terça Livre channel during YouTube lives emerges as a relevant measure in order to reveal the particularities of the investigated situation."

Alexandre de Moraes gave Google Brazil, operators Claro, TIM, Vivo, Oi and, among others, Apoia.se and GestoraNet a period of five days to provide all the corresponding data from the 1st January 2020 to date.

Tecnoblog reached out to YouTube, which said it would not comment on the case in question as it is a confidential process. The Apoia.se website sent the following note to the report:

APOIA.se values ​​strict compliance with all legal provisions and judicial determinations, always its conduct by the pillars of Ethics and Transparency, however, it is our policy not to comment on judicial decisions, even more in the specific case that there is an express order of secrecy.

The operators Claro, TIM, Oi and Vivo did not respond to Tecnoblog until the time of publication. The space remains open if companies send a position.