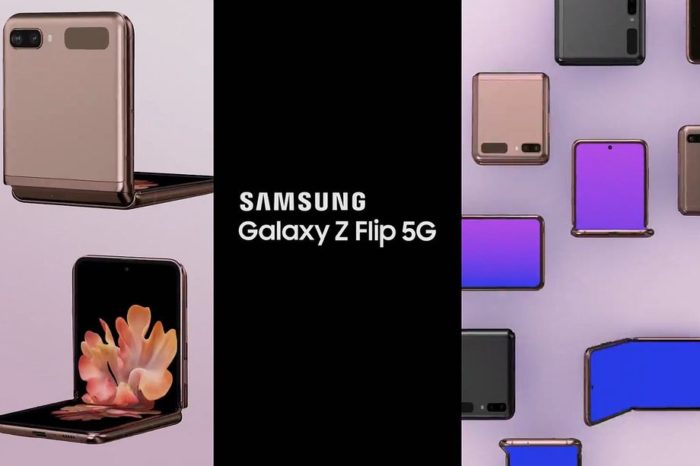 Images of the Samsung Galaxy Z Flip 5G were made public even before its release. According to a video of the cell phone released by Evan Blass this Friday (10) on his Twitter account, the next smartphone in flip format and with a folding screen from Samsung will be presented with few visual changes.

The 5G edition of the smartphone will not have many visual novelties, according to the video. The screen on the outside to present notifications and the hole to house the selfie camera on the inside display remain, as well as the phone launched in Brazil in March. The cell phone will also keep the dual camera system on the outside.

The main difference in the design would be the new color option: bronze. Also according to Max Weinbach, from XDA-Developers, also this Friday (10), the datasheet of the new smartphone should have a Qualcomm Snapdragon 865 Plus processor instead of the Snapdragon 855+ of the Galaxy Z Flip .

Announced this Wednesday (8), the Snapdragon 865 Plus is a Qualcomm processor for gamers that features the 3.1 GHz Kryo 585 Prime core and Adreno graphics chip. 650. The component still has the Qualcomm Snapdragon X55 modem, capable of connecting to 5G networks with a download speed of up to 7.5 Gbps.

The other details and specifications should remain unchanged in the next foldable cell phone from the company. Samsung. The expectation is that the Samsung Galaxy Z Flip 5G will be announced during the Galaxy Unpacked 2020, on August 5, 2020, a virtual event confirmed by Samsung this Wednesday (8).

With information : The Verge