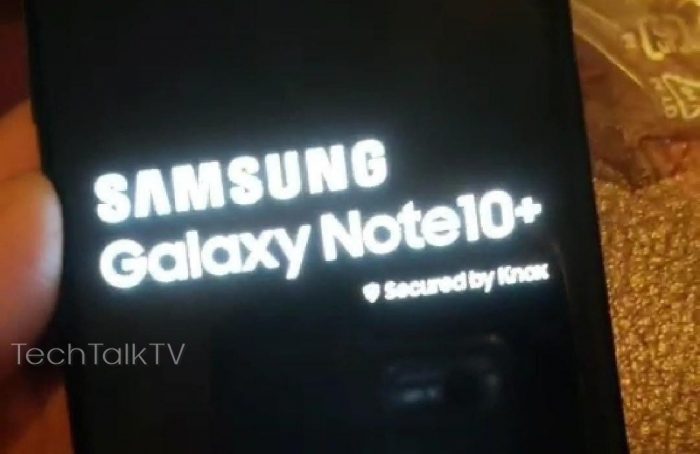 Samsung has not officially confirmed it yet, but the supposed Galaxy Note 10+ showed up in its first photos. The leak reinforces what we saw in the 3D renderings: the top of the line brand should arrive with a hole in the display and bring a new set of cameras, which should no longer be centered on the back of the device.

Another photo, from the initial configuration screen, indicates that Samsung reduced the edges of the device and placed the front camera in an Infinity-O hole on the screen — but, unlike the Galaxy S10, which has a hole in the upper right corner, the Galaxy Note 10+ adopted a central positioning. There's only one sensor, so we probably won't have hardware background blur in the camera for selfies.

Here is the first look at the Samsung Galaxy Note 10+ It'll be called the Galaxy Note 10+ and not the Note 10 Pro as previous rumors have suggested. https://t.co/YBqM4qZ6i3pic.twitter.com/WwEClducEk

Finally, we have a blurry image of the rear, taken in the worst possible conditions — otherwise, the leak wouldn't be funny. But, in addition to a blurred sticker with the IMEI and the serial number of the Galaxy Note 10+, we can see the new set of cameras: there are at least three lenses in the upper left corner, as well as an LED flash. The photo is in line with what we've seen in leaked renders over the past few months. 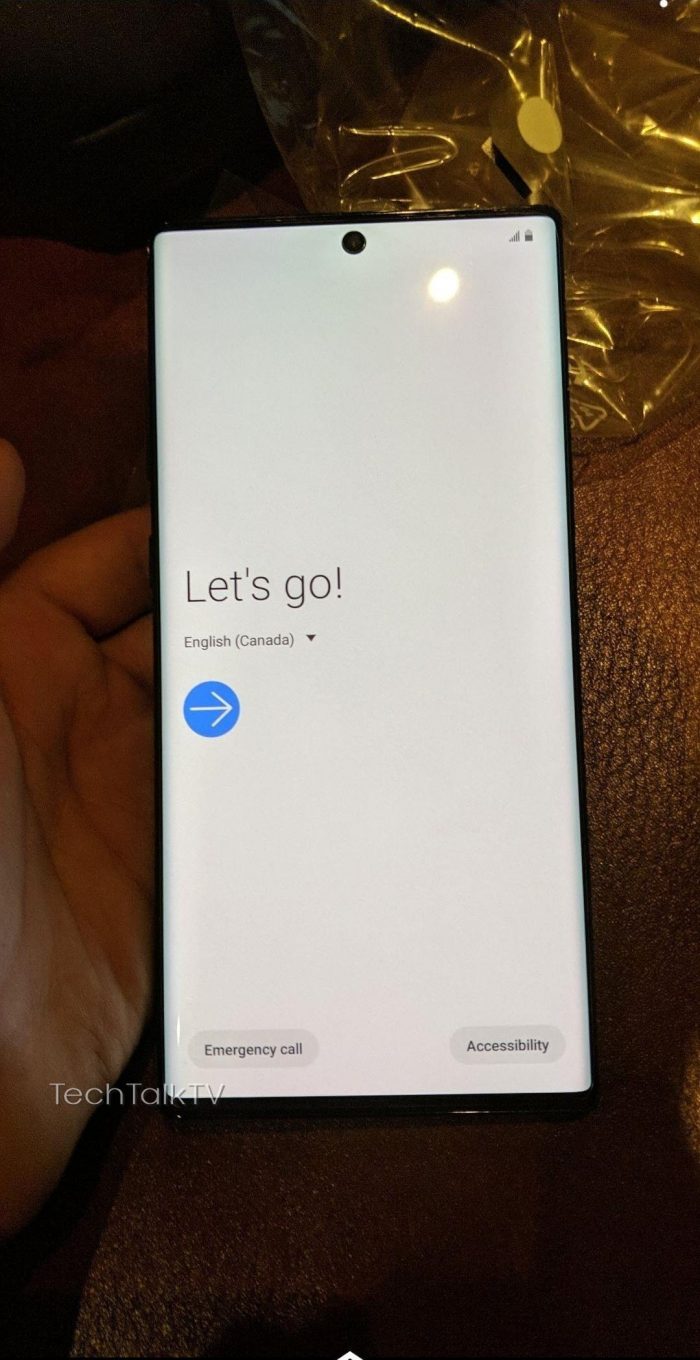 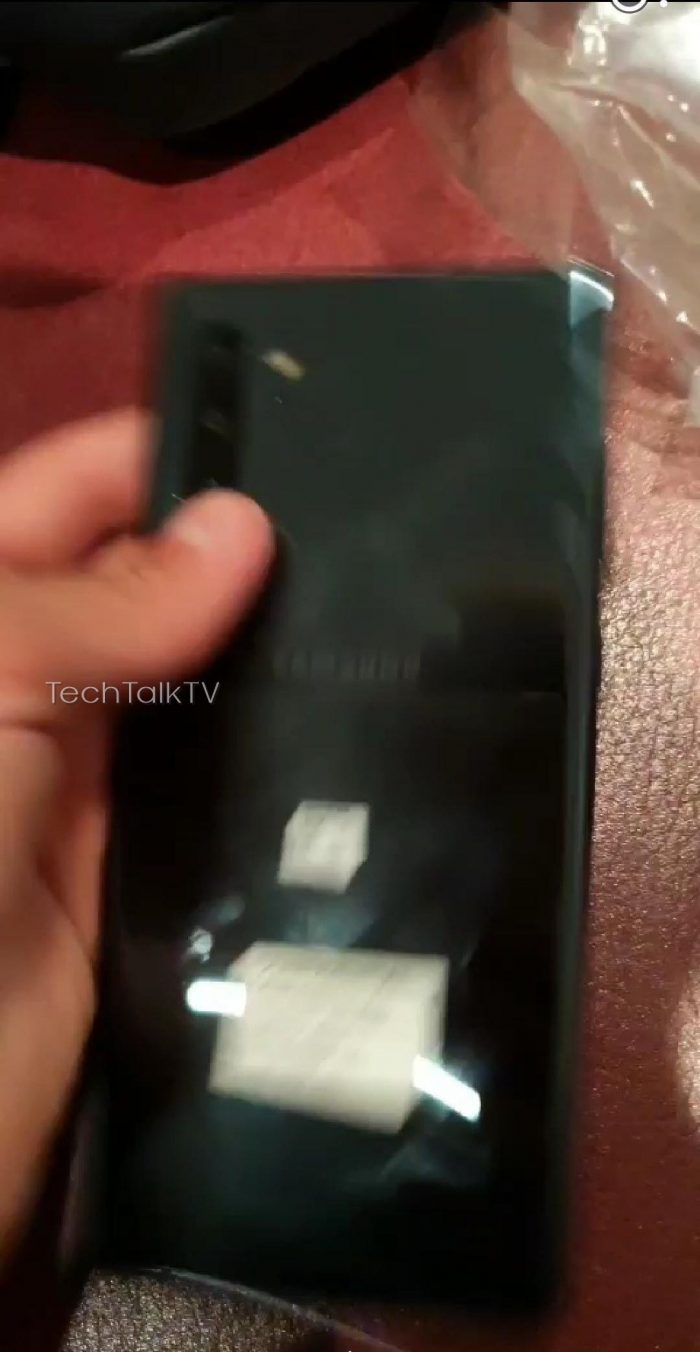 Did you miss something? Yes: the fingerprint reader is no longer on the back. Everything indicates that Samsung should adopt the same ultrasonic sensor under the screen of the Galaxy S10 and Galaxy S10+. And, although only three rear cameras can be seen, the model must have a 3D depth ToF (Time of Flight) sensor, which projects points in the environment and calculates the distance of objects by measuring the time it takes for light to return, as in the Galaxy S10 5G.

Galaxy Note 10 should abandon important technologies. The 3.5 mm jack for headphones, which has already disappeared from iPhones and other Android-powered tops, could also disappear from Samsung's next expensive phone — the company would even have made security covers with the P2 port so that the device could be tested in public, but it was inoperative. The device box would bring AKG headphones with USB-C connection. 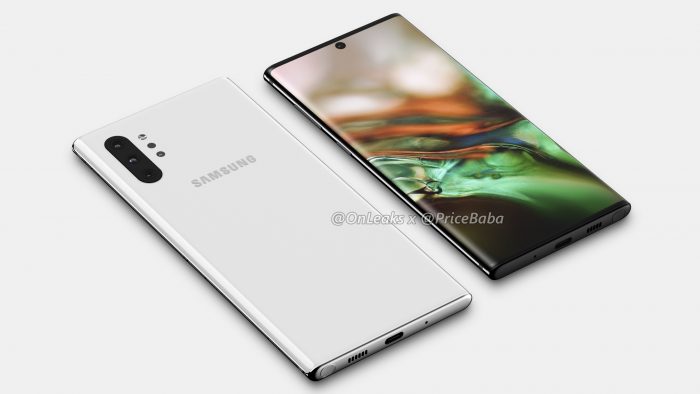 In addition, the memory card slot must be restricted to the Galaxy Note 10+; the smaller model would not allow expanding the internal storage. This would be another controversial change: Samsung dropped support for microSD on the Galaxy Note 5, something that we pointed out as one of the negative points on the device, but it went back on the explosive Galaxy Notand 7 and on the Galaxy Note 8.

We will have the official confirmations in a little over a month: Samsung should hold an event in New York on August 7th to present the next Galaxy Note.