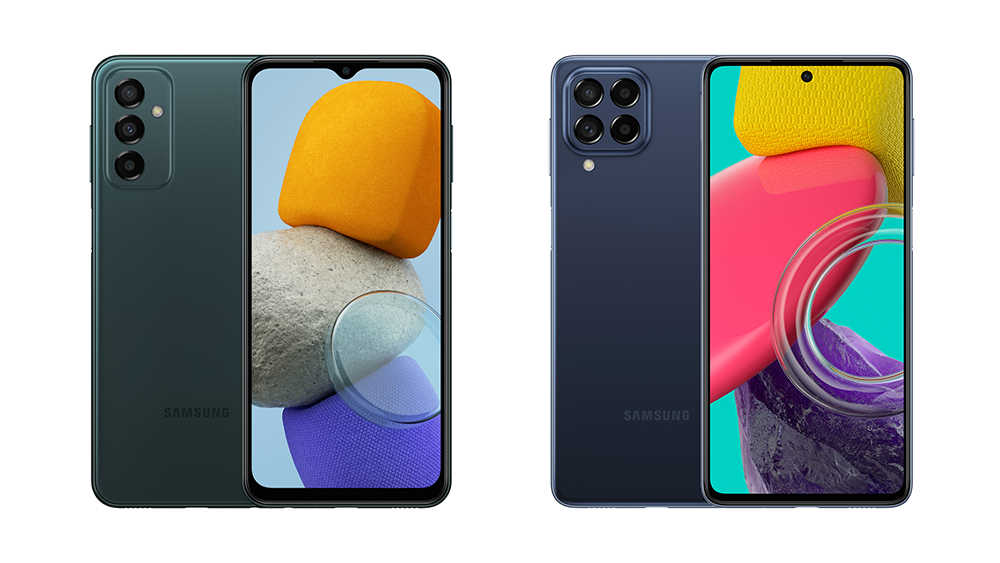 Samsung presented, on Tuesday morning (17), the new members of the Galaxy M line in Brazil. Galaxy M53 and Galaxy M23 are intermediate devices that stand out for their 120 Hz screen, a set of cameras up to 108 megapixels and their battery. In addition, both already support 5G technology.

As revealed by Tecnoblog, the duo was approved by Anatel (National Telecommunications Agency) earlier this month, along with the Galaxy M33. The new products arrive in the country and join six other devices in the M line (Galaxy M52 5G, M22, M62, M32, M31 and M12). Samsung informed Tecnoblog that there is no plan to launch the M33 here.

Galaxy M53 is the most complete with a 108 MP camera

The Galaxy M53 has a more complete configuration that refers to the darlings of the Galaxy A line, such as the A53 and A73 5G. Samsung offers a large 6.7-inch display with a resolution of 2408 x 1080 pixels and a refresh rate of 120 Hz.

But it's not just the panel that draws attention, after all it has a 108-megapixel main camera. The set is still formed by ultrawide (8 MP), depth (2 MP) and 2 megapixel macro. The front is 32 MP.

The processor is the MediaTek Dimensity 900, a platform that also appears in the Infinix Zero 5G, which recently arrived in Brazil through Positivo Tecnologia. The M53's hardware is still made up of 8GB of RAM and 128GB of internal space. With this configuration, the Samsung can be interesting for those who play constantly, as well as being an alternative to Xiaomi's Pocos.

Following the most complete devices, the South Korean intermediary arrives with Android 12 accompanied by One UI 4.1, which, in the tests of Tecnoblog, has stood out for its customization and well-designed elements.

Its battery has a capacity of 5,000 mAh and supports fast charging at 25 watts, sold separately.

Moving to the Galaxy M23, it received a simpler panel, but Samsung kept the high rate of update. The model is equipped with a 6.6-inch TFT LCD panel (2408 x 1080 pixels) with 120 Hz for greater fluidity during navigation.

Regarding the photographic grouping, the M23 has a main lens of 50 MP resolution, in addition to an ultrawide (8 MP) and macro (2 MP). The front is at 8 MP.

The Snapdragon 750G 5G equips the M23. They work together with 6 GB of RAM and 128 GB of internal space. The battery is 5,000mAh with support for 25W fast charging, sold separately. Both devices ship with a 15-watt supply.

The new Galaxys arrive in Brazil with these promotional prices: R$2,699 for the M53 (already available) and R$1,899 for the M23 , which hits stores from May 25. These values ​​are valid until the 12thof June. Then they look like this: