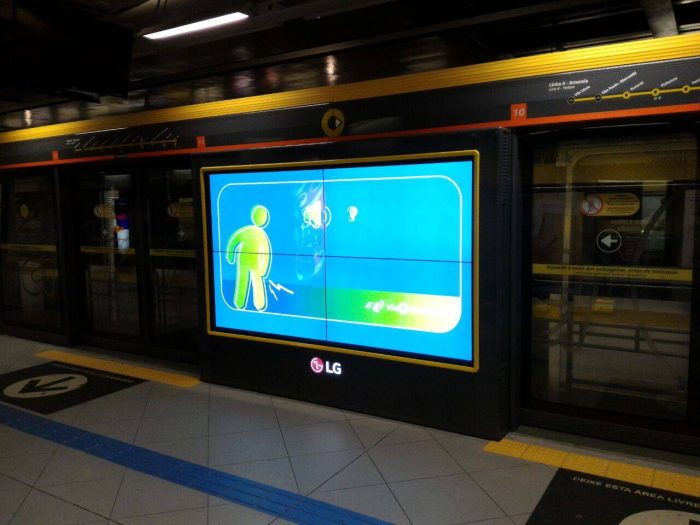 In April this year, the São Paulo Metro Line 4-Yellow announced that some of its stations would have new screens on the platforms to display advertisements. They can analyze facial expressions to identify how passengers react to a particular campaign.

However, to some entities, the use of technology in the Metro is illegal. They filed a Public Civil Action this Thursday (30) to question ViaQuatro, the concessionaire that manages Line 4-Yellow.

To The Intercept Brasil , Rafael Zanatta, coordinator of digital rights at Idec (Brazilian Institute for Consumer Protection), said that the panels installed at stations carry out a forced survey with passengers. The Idec is the main author of the action.

The document asks that the cameras present on the screens of the Luz, Paulista and Pinheiros stations be turned off immediately. In addition, the entities want ViaQuatro to pay compensation of at least R$100 million for violating passengers' privacy rights. The amount would be directed to the Fund for the Defense of Diffuse Rights.

When presenting the project, Linha 4-Yellow said that the screens would be used to show “orientation campaigns, service delivery messages and advertisements ”. With facial recognition, it would be possible to analyze the result of each campaign.

“Its sensitive camera counts how many people passed in front of the screen, even if the same person passes more than once”, announced ViaQuatro to era. The company also stated that “the screen has a technology that is capable of making a study of the emotions sketched by the passenger”. The objective, therefore, is to be more efficient in selling ads.

This work is not carried out exactly by ViaQuatro, but by AdMobilize, which advertises itself as the “Google of the real world”. The company charges advertisers for a “pay-per-face” model, which considers the number of people who looked at the screen.

Screens at Metro stations do not store images

As much ViaQuatro, as well as AdMobilize, defend that the screens do not violate any law, since there is no cross-referencing of information or collection of other personal data. In addition, the companies claim that they do not capture, record or store the images.

The screens, however, do not inform passengers about the existence of a camera, as required by a municipal law in São Paulo. As a result, many passengers are not even aware of the behavior analysis carried out by the panels. 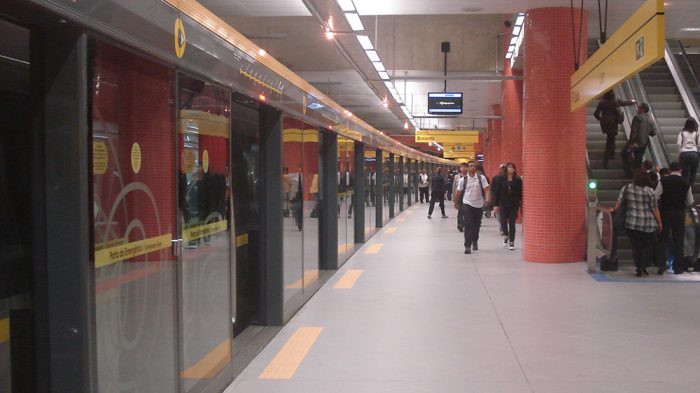 AdMobilize states that it is not necessary to inform passengers precisely because cameras do not record and cannot be compared to conventional devices.

For Idec, digital doors violate passengers' privacy and their rights under the Consumer Defense Code and the law on users of public services. According to the entity, this happens because people who pass through the stations do not choose to offer their data.

It is worth remembering that the Personal Data Protection Law, enacted two weeks ago, establishes that biometric data, such as those obtained with facial recognition, are sensitive and cannot be processed. The rule, however, will only go into effect in 2020.