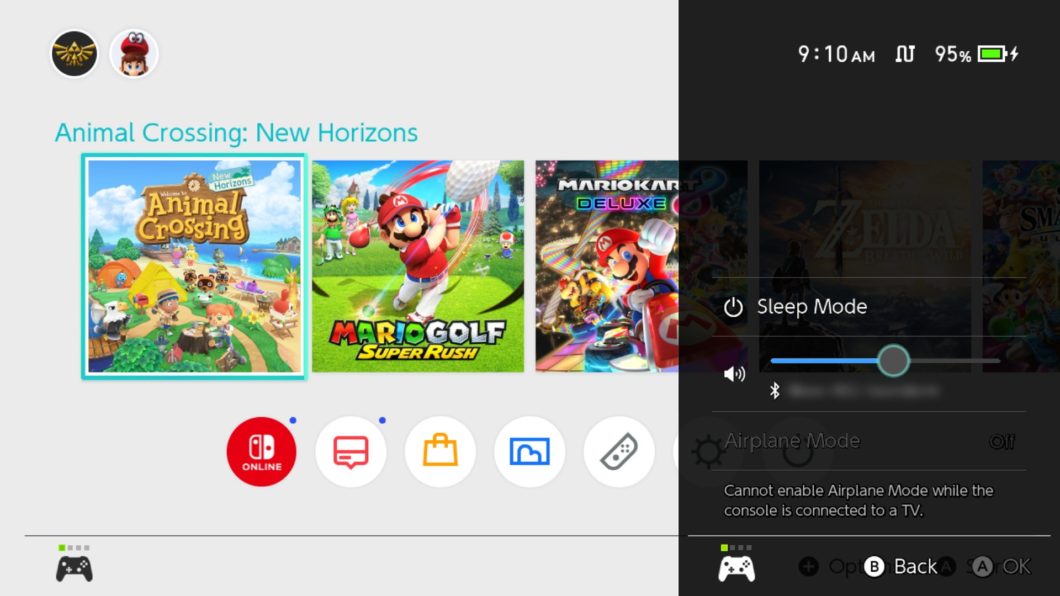 The NintendoSwitch has received an update that allows you to connect audio devices via Bluetooth. Now it is possible to use, for example, that wireless cell phone of yours on the console to listen to your games, or a headset that you already use on the PC. This was one of the oldest demands from fans and Nintendo decided to meet it in September 2021, available on all console models.

The update is now available for everyone, just turn on the console with Internet connected and select the update in the settings, via the main menu. The download does not take any time, depending on the speed of the connection.

To activate the audio via Bluetooth, simply select the system settings and then choose the Bluetooth Audio option. Then define the device that will be paired to the console. Only one device can be connected, but up to 10 can be stored in the Switch's memory.

On the other hand, it is not possible to use the microphone function for chatting in online games – Fortnite, for example. Bluetooth will also be disconnected when the user activates local communication for multiplayer games.

Before it was just regular phone

This is the only major addition to the update, but it arrived unannounced and quite unexpectedly. The Nintendo Switch was released in 2017 and since then, fans could only use P2-type headphones to connect with the console and listen to their games, as the volume of the device itself, when in handheld mode, is very low.

Some users even bought Bluetooth adapters that plug into the P2 input and that, in turn, connect with external audio devices. Now they're basically unnecessary.

This new update also brought updates for improvements to the Joy-Cons. Don't forget to ask to update the controls the next time you use your Nintendo Switch.