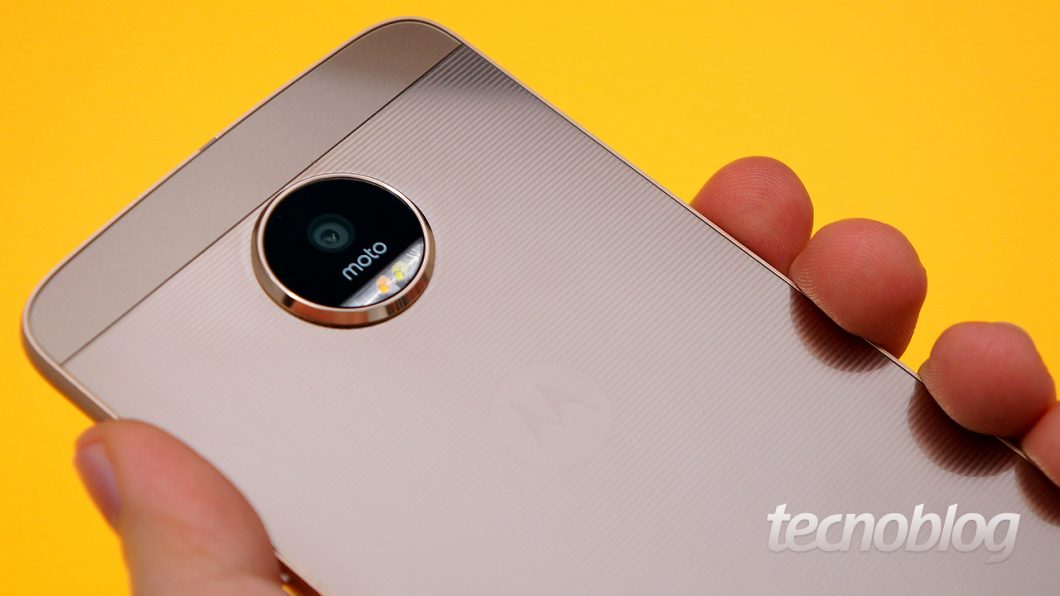 Lenovo's first modular smartphone arrived in Brazil. With cutting-edge hardware, the Moto Z features an extremely thin design, plenty of processing power, 64 GB of storage and support for Moto Snaps, the modules that fit into the body of the device and add new features.

For 3,199 reais, the standard Moto Z kit already delivers a leather or wooden back and even a 2,220 mAh external battery, to start the user in the world of modules. But is the smartphone any good? How does the thin body behave in everyday life? Can the battery do without the accessory? And the camera, was it worth that huge bulge on the back? I'll tell you everything in the next few paragraphs. 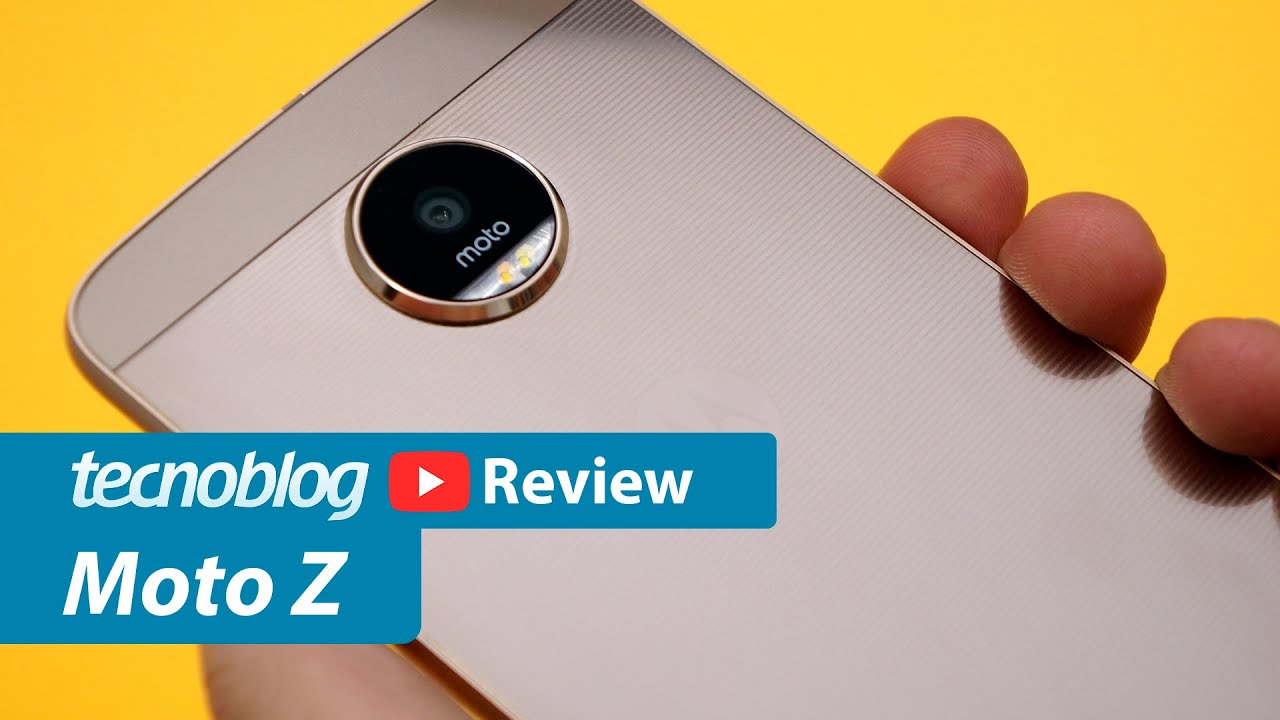 The design of the Moto Z draws attention for being extremely thin. While an iPhone 7 is 7.1mm thick and a Galaxy S7 is 7.9mm thick (and they're already pretty thin), Lenovo's smartphone is just 5.2mm. This ended up causing a very pronounced bump in the rear camera region and also the removal of the 3.5mm headphone jack — which perhaps didn't fit in the tiny space. 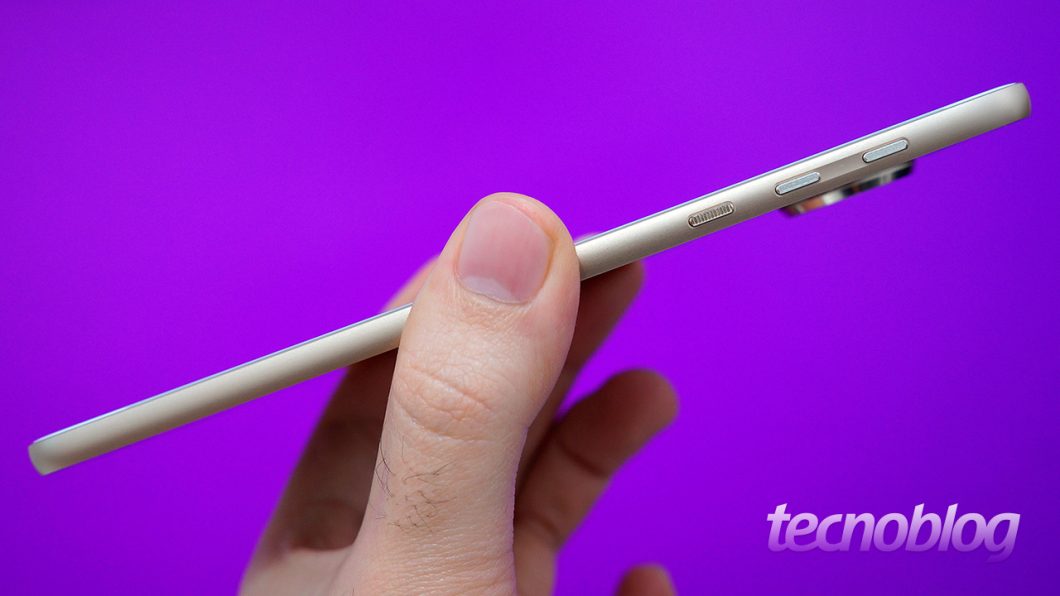 In the case of the Moto Z, I think the absurdly thin thickness goes beyond marketing: it was a condition for the product to exist. As the Moto Z was designed to receive Moto Snaps modules, if the device had a “normal” thickness, it would be too thick with any module, so it makes sense that the body is very compact. I wouldn't be surprised if the next Moto Z (which will support the same modules, as Lenovo promises) came even thinner.

Lenovo ships a very attractive standard kit with the Moto Z, which bars some criticism of the device. The bump in the camera region, as well as the metallic back that loves fingerprints, for example, are easily left out with the Style Shells, back covers in different colors and materials, as the brand's costumes dictate - it has leather, wood and to ballistic nylon. 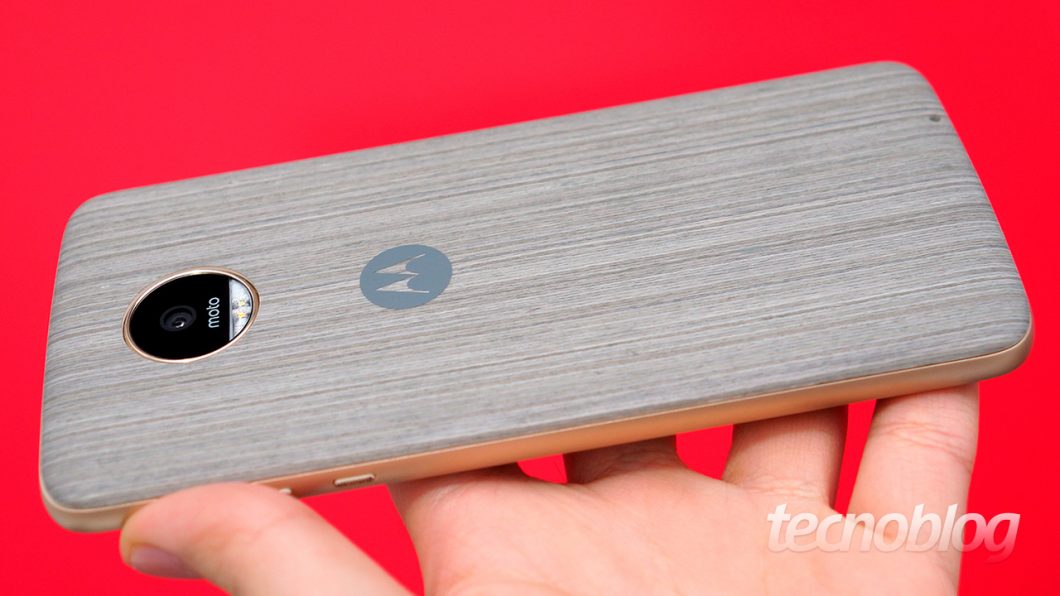 The white and gold model comes with a wooden case, while the black one comes with a leather back inside from the box. The battery of only 2,600 mAh with medium autonomy (I'll talk about it later) gets a helping hand from the external battery module, also included in the standard kit. And if you're clumsy, it even has a plastic bumper, which protects the sides of the Moto Z against falls.

The model I tested, with its white front and gold back, didn't please me very much. The presence sensors, on the side of the fingerprint reader, are very visible and are a little crooked, with an unpleasant alignment. They look like buttons, but they're not buttons. And they also contribute to the Moto Z's giant base, which greatly harms ergonomics: sometimes it's kind of complicated to reach the entire keyboard, because the Moto Z has a huge and a bar of virtual Android buttons . 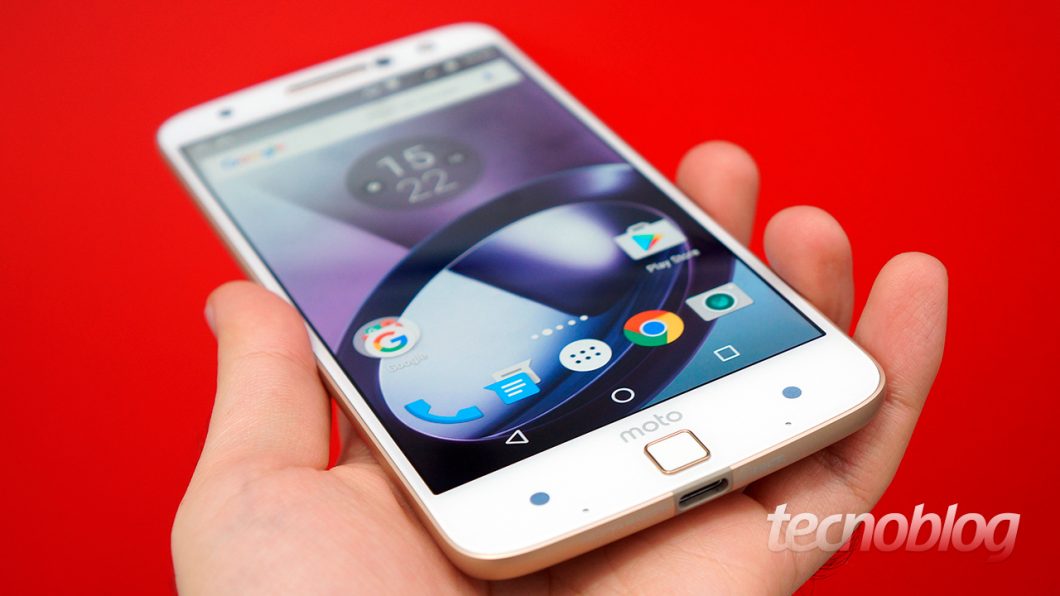 The fingerprint reader is very efficient and, like the Moto G4 Plus, it is not pressable. But it recognizes the presence of your finger, so just touch it there and the screen will turn on unlocked. Once the Moto Z is on, place a finger on the fingerprint reader to lock it again. In practice, it works like an “on/off switch”. 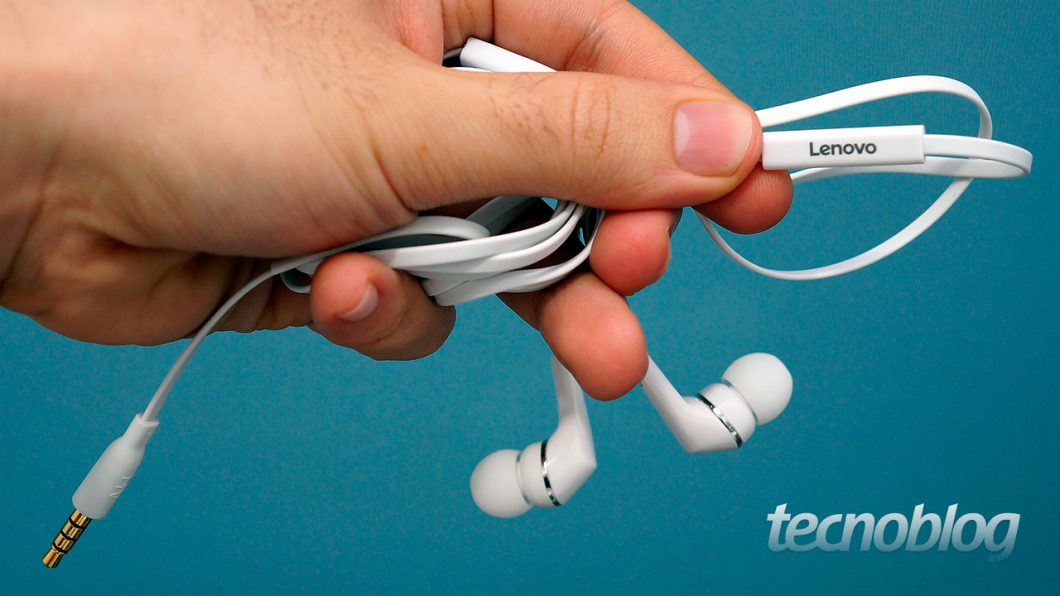 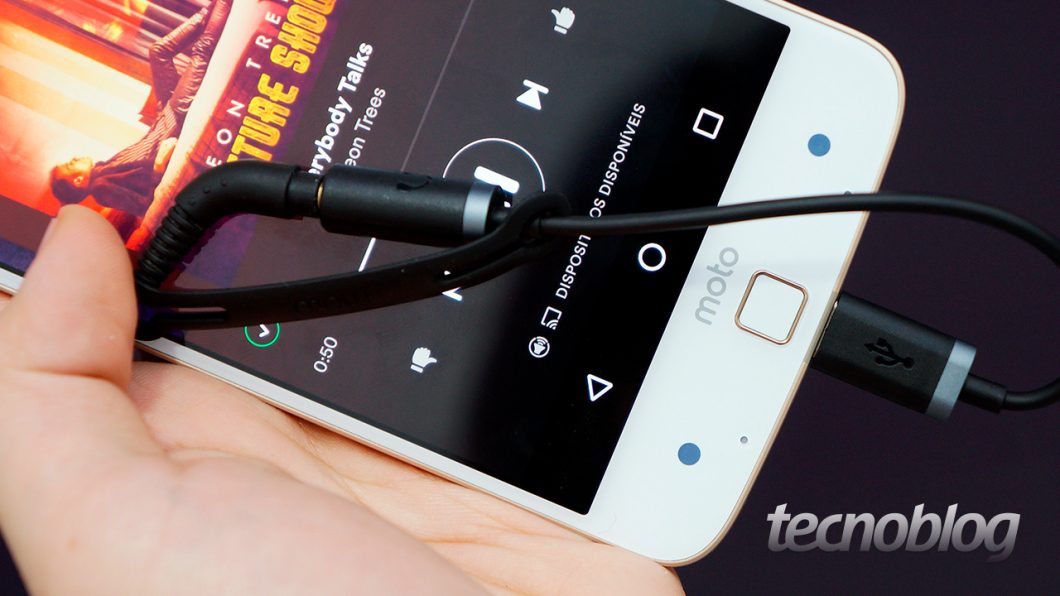 To make the device slim, Lenovo took out the headphone jack and shipped a USB-C adapter in the box. I found it bizarre the fact that, in a smartphone without a P2 input, the company sends a headphone as an accessory… P2: you need to connect the adapter to use the original headphones (!). I believe that the removal of the analog connector will be a trend for the next few years, but in the meantime, many forgotten people will be left without listening to music because they didn't take the adapter that day. Including me. 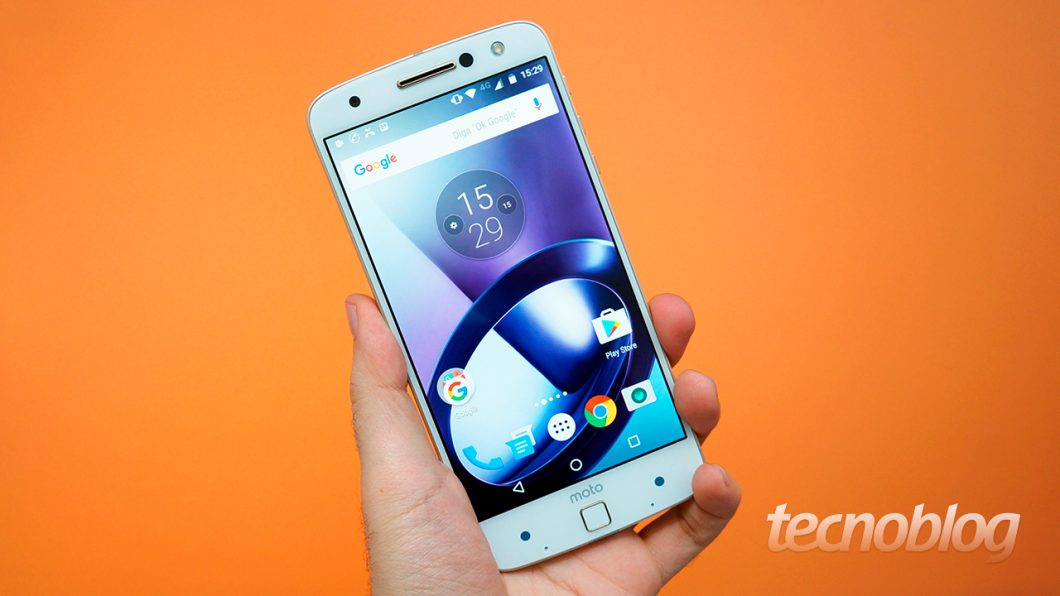 Lenovo has returned to use AMOLED panel. It worked out. There are people who liked the screens of the first and second Moto X, but I thought they were very blown up; certain color tones were screaming in the eyes due to the factory oversaturation. The Moto Z's screen is more balanced, more reminiscent of the Moto X Style's LCD.

In the Moto Z, there are 2560×1440 pixels spread over 5.5 inches. The panel has satisfactory brightness, which should not cause problems with sunlight. In addition, the contrast is infinite, with true black, and the viewing angle does not disappoint.

In the normal color mode, which is the Intensity, the colors are vivid and are cooler, generating tones bluish gray. Usually people like cooler colors; if you're not one of them, just switch to Normal color mode, which displays more realistic colors. Realistic isn't always better ('realistic' headphones aren't much fun for me), so it's good to see that there are both options. 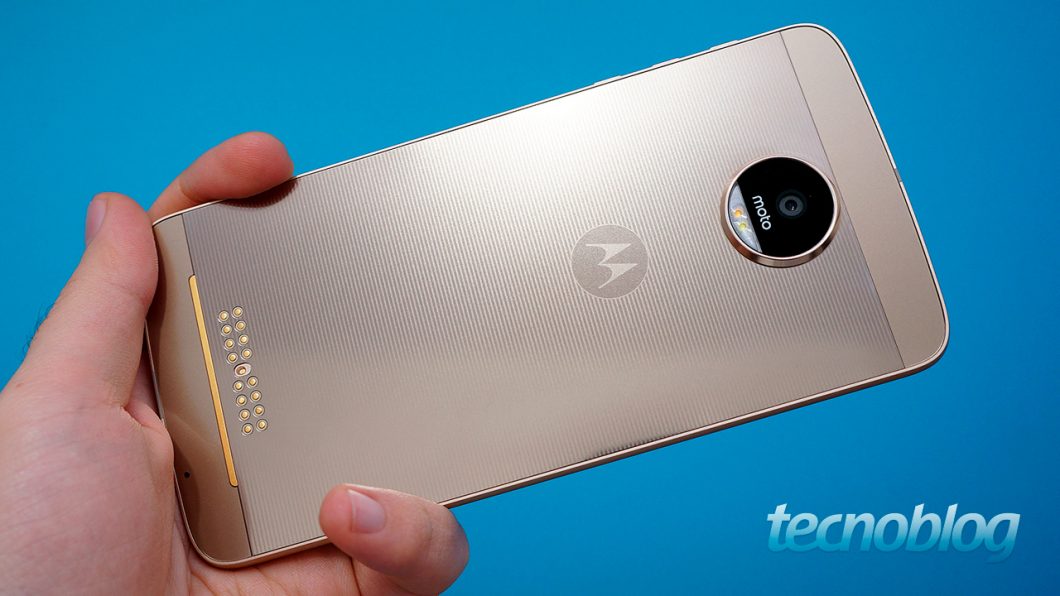 The Moto Z Android 6.0.1 Marshmallow is the one we are already familiar with in the Moto lineup. It has practically no changes to the interface and also has no useless applications pre-installed.

Moto Z's software differentials are concentrated in the Moto application. It supports some useful gestures: flick it twice to turn on the flashlight; swipe from the bottom to reduce the screen size; or rotate the device to open the camera app. Certain features common in competitors, such as the ability to keep the screen on while you're looking at the device, are also available on the Moto Z. 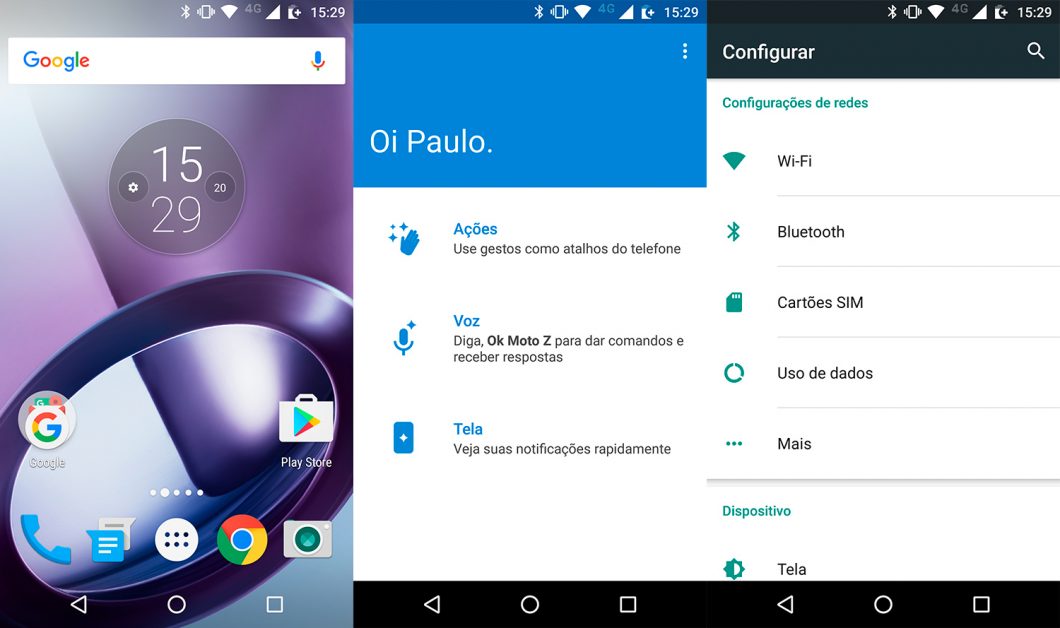 Moto also brings together two other functions: Moto Voice and Moto Display. With Moto Voice, the Moto Z hears you even while it's on standby: just give your personalized voice command (like “Ok Moto Z”) and the screen will turn on. Moto Tela shows previews of notifications with the device locked and allows you to interact with them. These are features that came with the first Moto X, have been improved over time and are still very cool.

I was a little disappointed that Lenovo No longer committing to monthly Android security updates. These patches do not change the Android version, but they do fix serious security flaws (and lately this has been more important than ever). The first sign of the new policy has already appeared during my tests: while the Galaxy S7 Edge is patched in August, the Moto Z is still patched in July. Other smartphones in the Moto line also stopped receiving updates with the same frequency. Ball out of Lenovo. 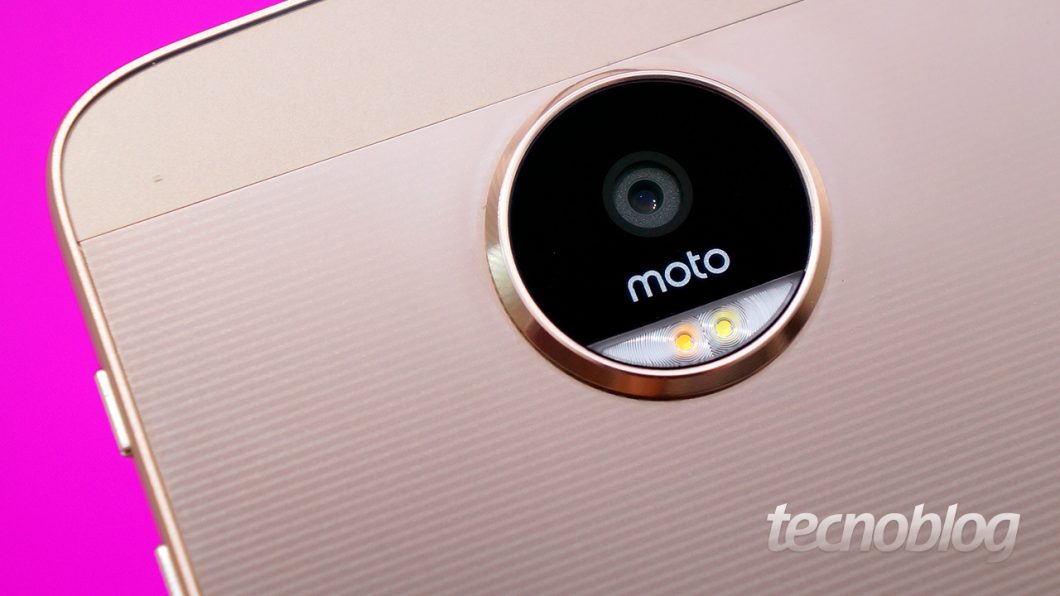 Regarding the camera, Lenovo did a good job on the Moto Z. It's not the best, but it's certainly one of the best smartphone cameras you'll find on the market.

The 13-megapixel photos have good definition even in low-light conditions, and the sensor gets a little help from the very generous f/1.8 aperture lens. In night shots, noise is higher than average, especially close to spotlights — however, this seems more like a balance issue in post-processing, as the level of detail is very good. 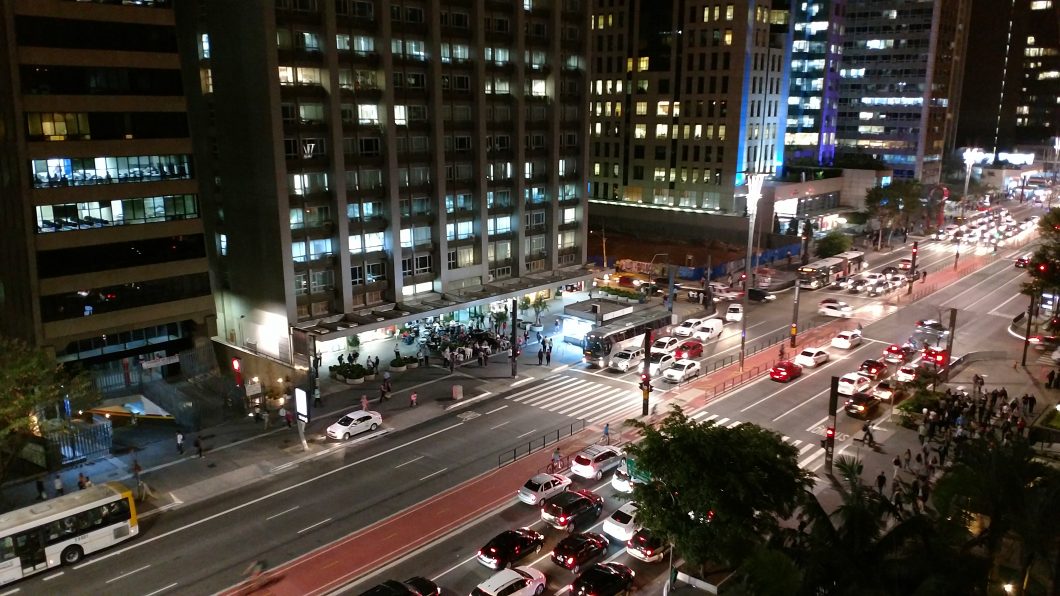 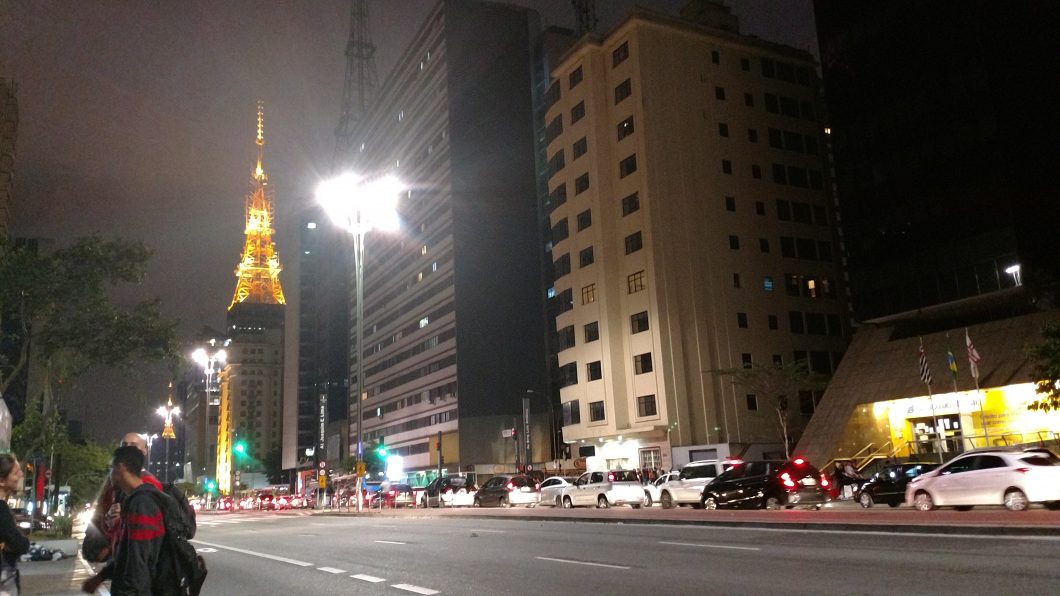 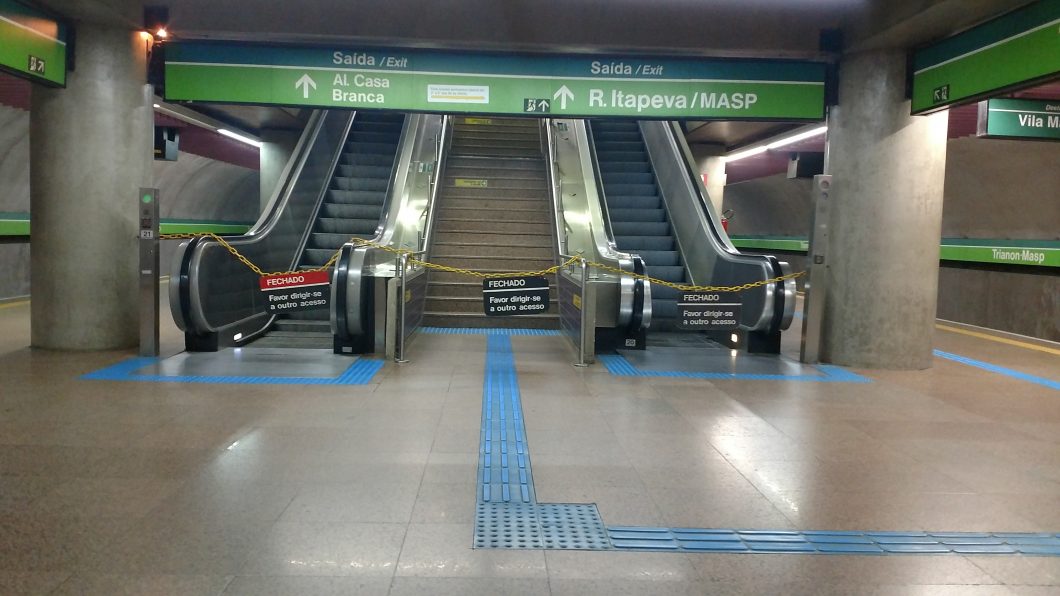 For a smartphone camera, the dynamic range is also satisfactory; you won't have problems in high contrast scenes. With good lighting, the colors are nice, the definition is good and the images have some noise, but nothing more than normal. 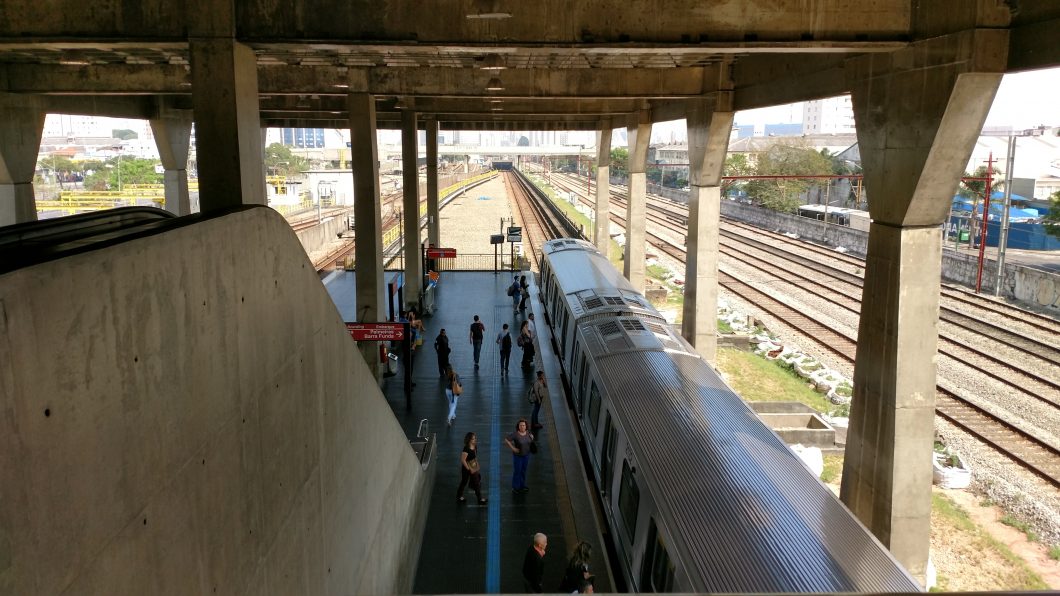 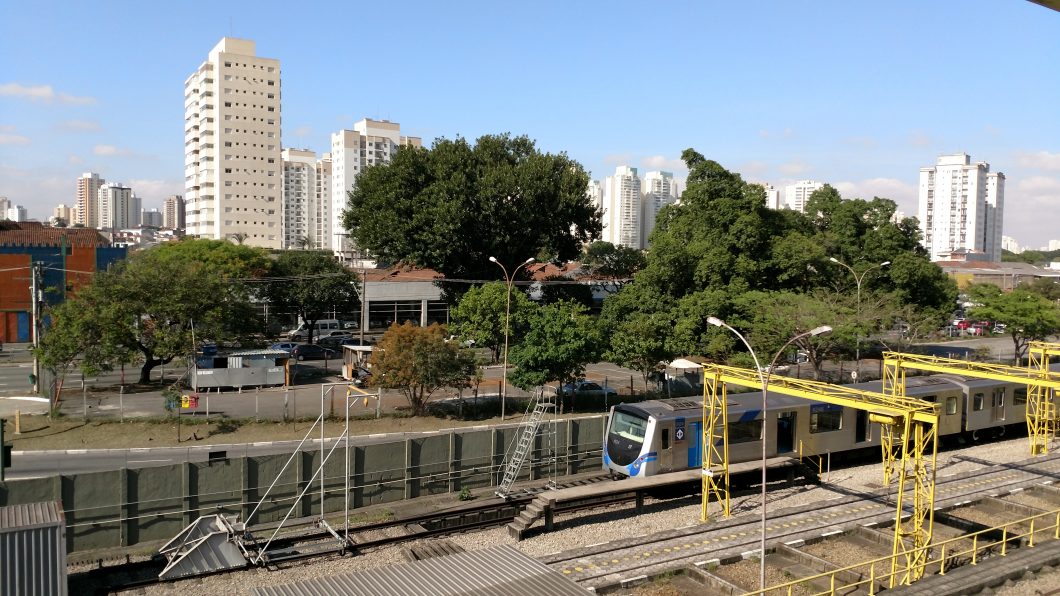 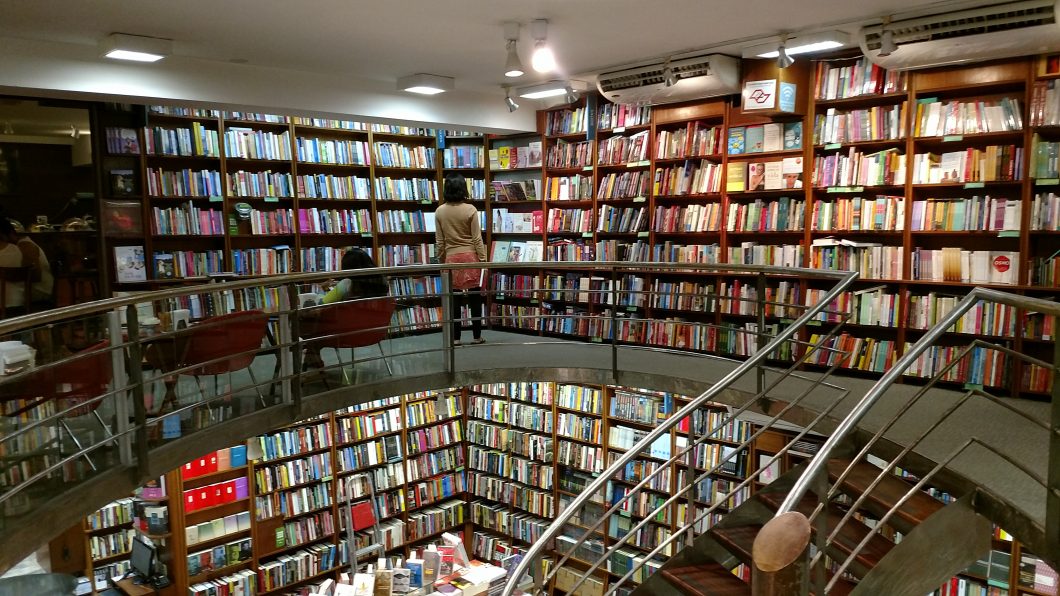 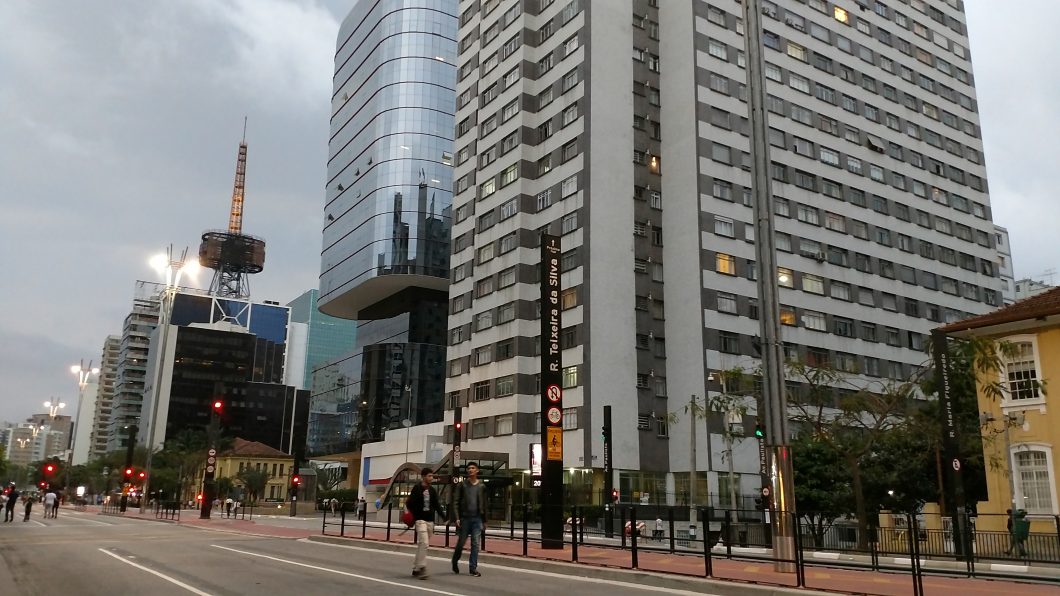 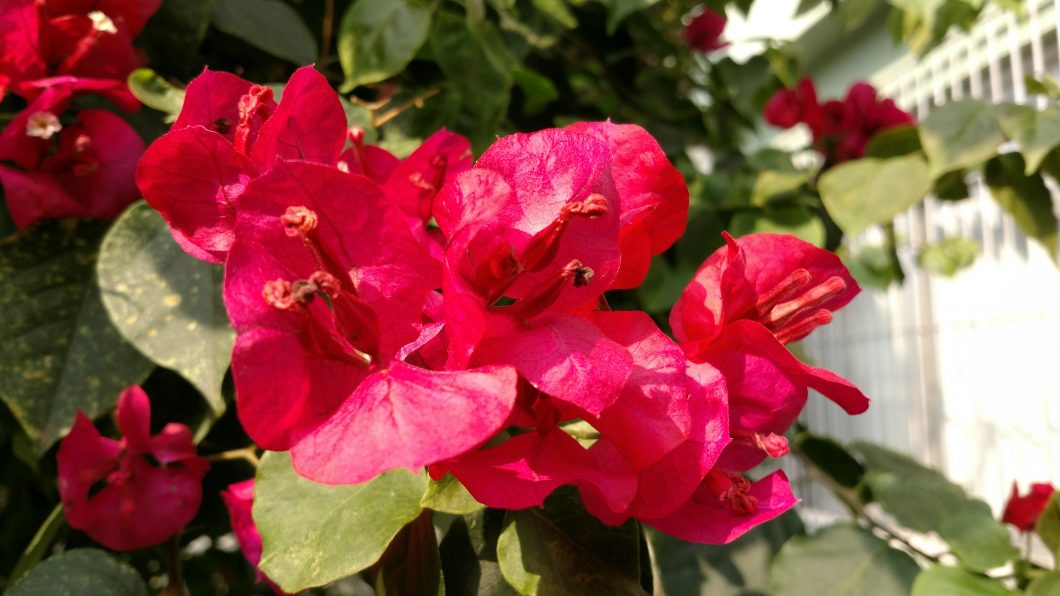 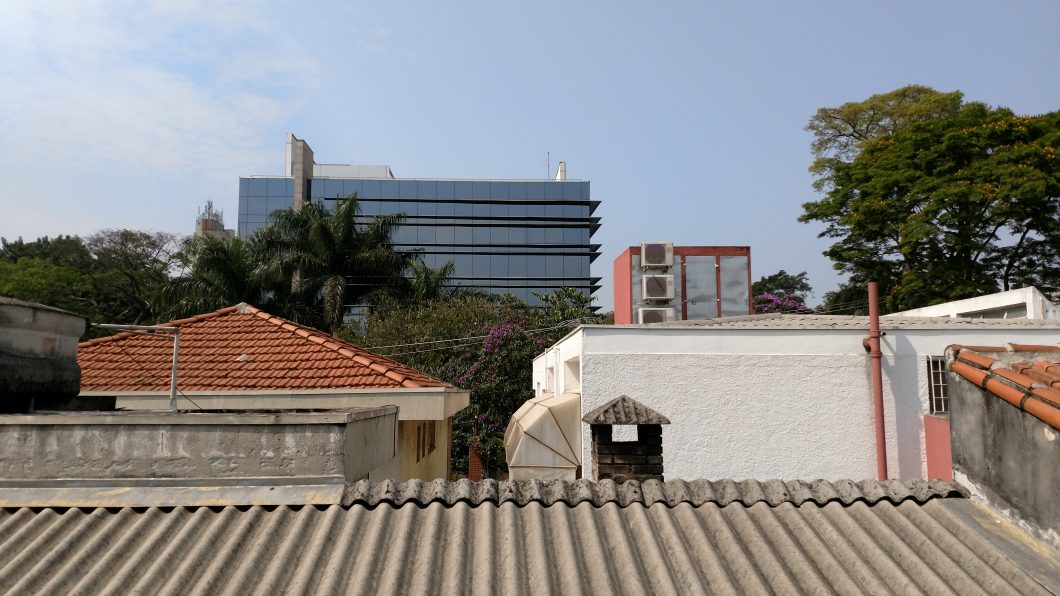 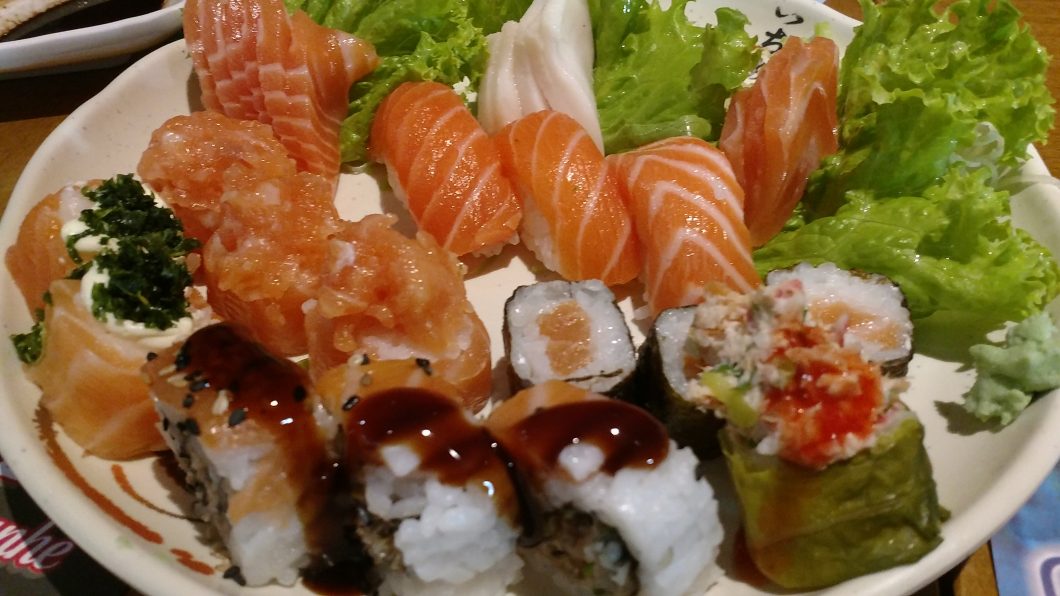 The 5 megapixel front camera is “standard”, and does what we expect from a high-end smartphone, with good colors in selfies and a satisfactory level of detail. A dotcool thing is that Lenovo has put an LED flash on the front camera, just like the Moto X Style, which can help a lot if you're in darker environments.

There are better cameras than the Moto Z, especially considering the very high price range, but the photos should not disappoint most users. 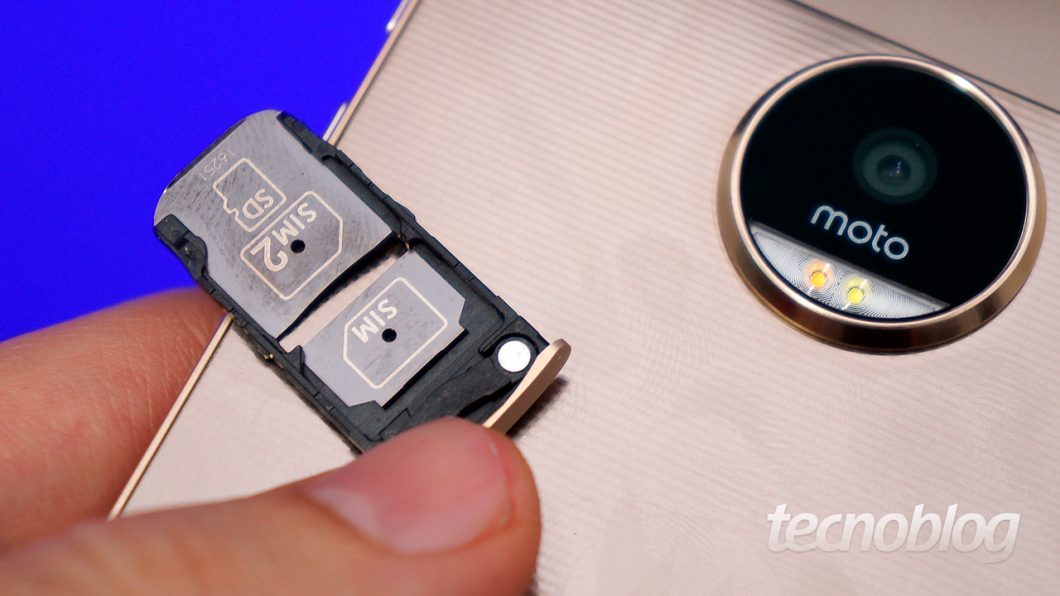 The Moto Z has everything you need: Snapdragon 820 (1.8 GHz), 4 GB of RAM and 64 GB of storage. If the space is not enough, there is a way to put a microSD. Unfortunately, the tray has an uncomfortable shared design: either you put a chip and a microSD, or you put two chips and no microSD. It's something that's becoming standard on all top-of-the-line dual-chip support; there's not much to get away from it.

I don't have much to say about the Moto Z's performance. It runs basically anything, with fluidity. Everything opens quickly, the games have good graphics and run at a good frame rate. You shouldn't suffer from lagging issues for quite some time. 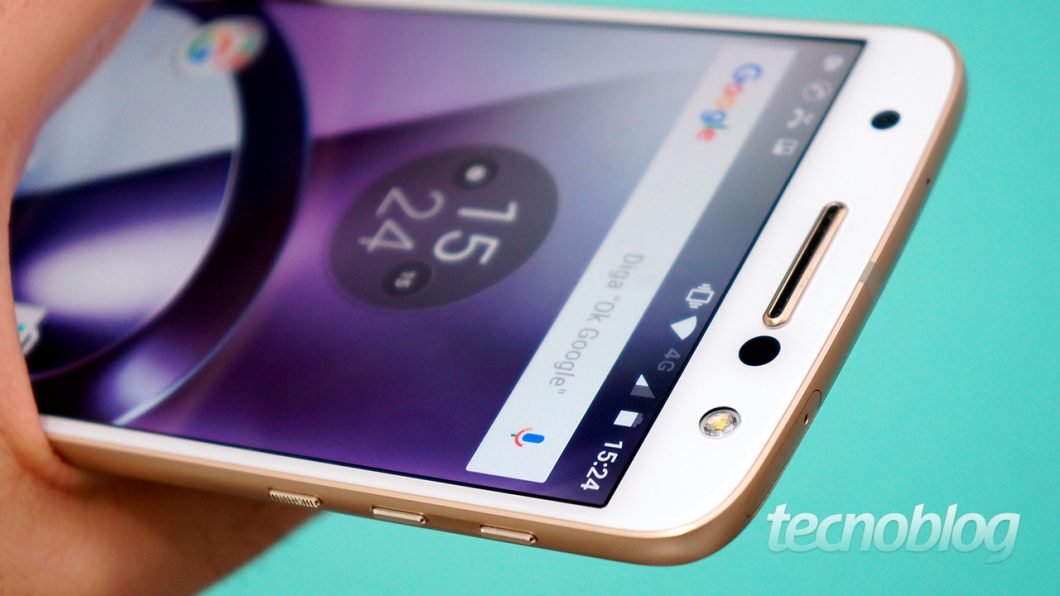 But the battery was a little disappointing. Or rather, she totally lived up to my expectations, which is… bad. The 2,600 mAh capacity allowed me to always arrive home with something between 15% and 25% of battery, after 2 hours of music streaming on 4G and approximately 1h30min of browsing, also on the mobile network, with brightness on automatic and 14 hours of use (from 9 am to 11 pm). It's just an “ok” autonomy, and many users will need to recharge the battery before the end of the day. 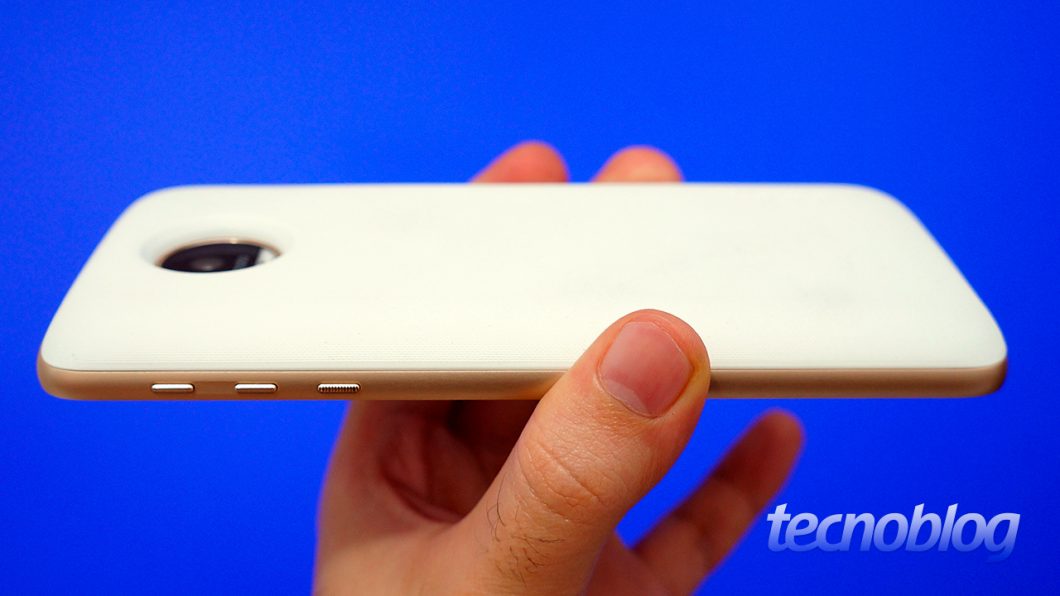 One side positive is that Lenovo sends a 2,220 mAh battery module, which allows the smartphone to arrive until the middle of the next day with one foot on its back. However, the Moto Z ends up getting pretty thick with the module. The device is no longer very ergonomic without the battery; with the battery, the use is very bad. It ends up conquering for its practicality: just lean it on the back and the Moto Z starts charging, without having to keep external battery cables hanging.

Yes, the Moto Z is an expensive smartphone. But until the price pleased me, especially with the standard kit, which already has an external 2,220 mAh battery. This is perhaps the only module I would actually buy if it didn't come in the box.

The main competitors are the iPhone 7, Galaxy S7 and Galaxy Note 7. Speaking specifically of Android, considering that the Galaxy S7 is at the same price as the Moto Z (which is a reality at the time of writing this paragraph), my choice is Samsung's top of the line. I've commented on other occasions that, currently, I wouldn't trade a better battery and a better camera for pure Android. But for those who still have an aversion to manufacturer modifications, the Moto Z may be an option. 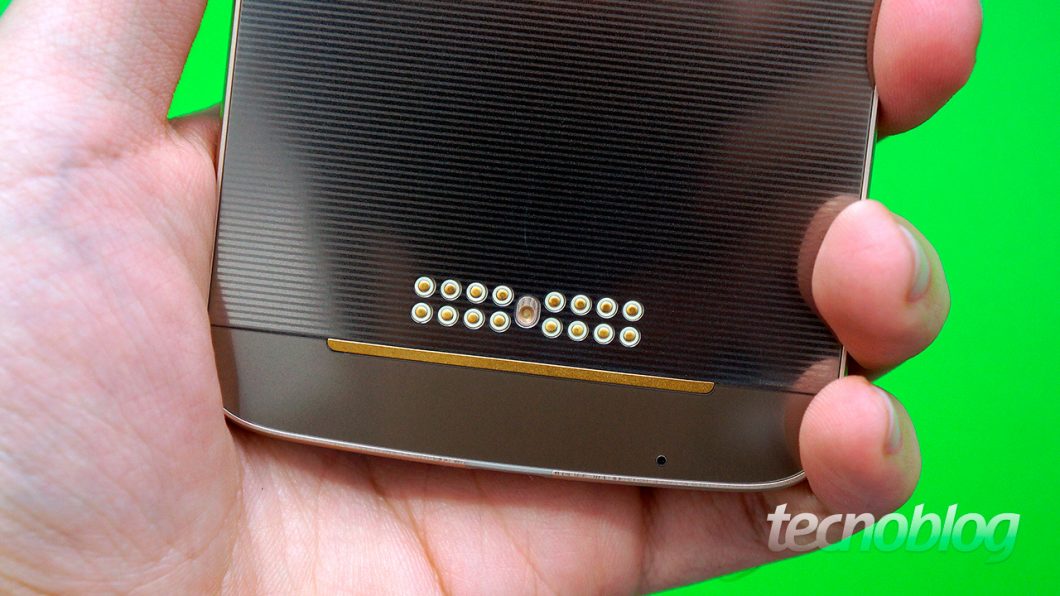 The Moto Z is a good device , despite some movements that I didn't like. The concern with ergonomics, quite noticeable in the first Moto X and Moto G, seems to be being sidelined to follow the sameness of the smartphone market, with increasingly thin devices and mediocre batteries. In terms of ergonomics, the Moto Z loses a lot with the lower base that, in addition to being visually unappealing, gets in the way of typing — it's bigger than the iPhone 6s, which is far from a good example of space utilization.

The Moto Z modules, which I will comment on in a separate review (ask what you want to know!), seem like a good idea to supply niche markets, but they still haven't shown what they came for. The speakers, for example, even emit good audio quality, but make the device very thick. The projector is too expensive and doesn't do anything that other mini projectors haven't already done. In practice, Lenovo is just selling the convenience of putting the modules together and they work, without any complicated configuration. In terms of functionality, there's nothing too innovative.

Anyway, the Moto Z is athat offers excellent performance, good camera and great screen. For now, it hasn't made any revolution in the smartphone market, but it could be a beautiful first step for the next generations. The future will depend on the creativity of module manufacturers.