Windows 10 with Bash support, Cortana even smarter, artificial intelligence improving accessibility for the blind, in short, on the first day of the Build 2016 conference, Microsoft brought an overdose of news. But there were also important announcements for today (31), the second day. One of them is of direct interest to the event's target audience, the developers: the platform Xamarin is now free for all Visual Studio users.

As a company, Xamarin was created in 2011 by a group of developers (especially Miguel de Icaza) involved with Mono, a project Open source created to enable a set of tools compatible with the .NET platform that can run on different operating systems, such as Linux, OS X, BSD and Windows.

At the current stage, Xamarin as a platform offers several features that facilitate the development of applications for Android, iOS (although creating apps for this system requires a Mac) and Windows using the C# language, the .NET Framework and so on.

Because of the robustness and practicality of the platform, Microsoft had been flirting with Xamarin for some time. In an attempt to simplify the development of solutions involving its products, the company even integrated the platform with Office 365 and Microsoft Azure, for example. 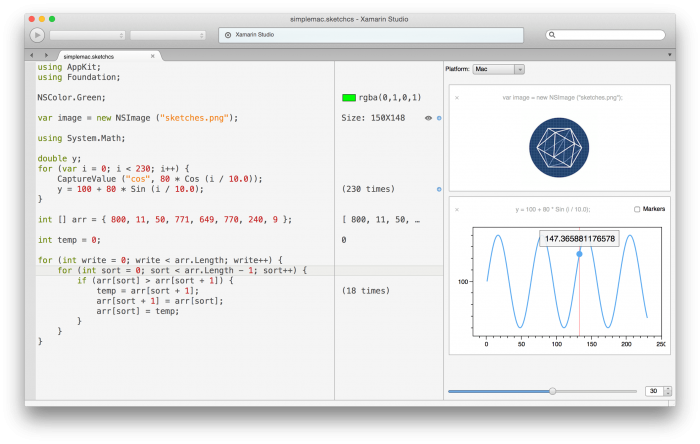 This partnership made Satya Nadella's gang announce last month the acquisition of Xamarin for an undisclosed amount, but estimated to be between US$400 million and US$500 million.

The news of the acquisition brought one expectation: that Microsoft would place the Xamarin platform as a standard Visual Studio tool. Basically, this is what will happen from now on: Xamarin will be available in all editions of Visual Studio, from Community to Enterprise, at no additional cost.

There's more: it's also in the plans from Microsoft making the Xamarin SDK source code openly (under MIT License). This work should take some time, but once the release is complete, libraries, build tools, and the like will be available on GitHub and, as expected, in .NET Foundation, an initiative that Microsoft set up two years ago to promote open source software.

It is true that the administration of Satya Nadella has been making some pretty nasty slips lately, but that shouldn't be the case here: the Xamarin platform has always been appreciated, but its licensing costs kept away small businesses or individual developers interested in creating professional applications. Chances are that this will change going forward.