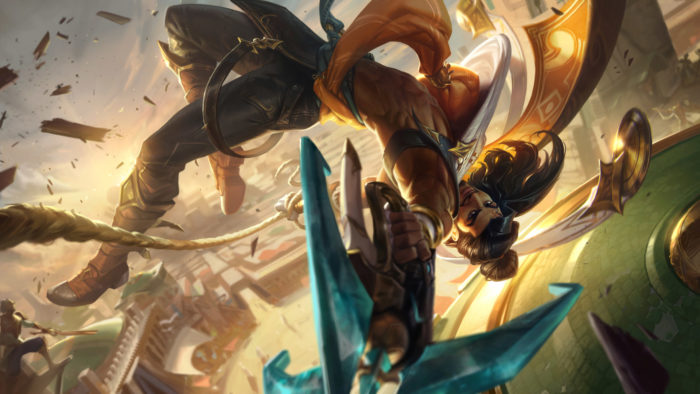 The new champion of League of Legends (LoL), Akshan, received its official announcement, this Wednesday (7), already with details about skills and the Cyberpop-themed skin. Scheduled for release in patch 11.15 on July 21, the Rebel Sentinel will be a stealth mid lane marksman who will use his climbing grappling hook to deal damage and maneuver across the map, as well as being able to revive allies.

Akshan the Rebel Sentinel is the new champion of League of Legends (Image: Handout/Riot Games)

With an indomitable personality, Akshan grew up struggling on the streets of a village in Shurima. After dying beaten and starving, he was revived by a Sentinel of Light named Shadya, wielder of the Penance hook weapon. After that, Akshan was trained as a Sentinel to gather other ancient weapons and eliminate the evil creatures commanded by Viego, the Ruined King.

In a battle, Shadya was killed, and Akshan decided to claim Penance for him. and seek revenge for the death of his mentor, leaving behind the initial objective of stopping the expansion of the Ruin. As the new owner of Penance, Sentinel can shoot beams of light and swing across the map. The champion can still attack with a boomerang, turn invisible, and revive eliminated allies. 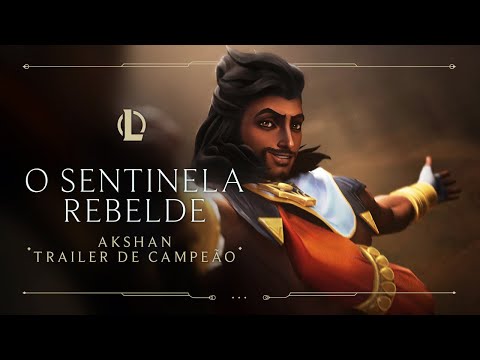 Akshan's skills in League of Legends

Akshan's passive is "Fighting Dirty", which allows the champion to deal more physical damage for every three basic attack or skill hits on enemies. The Sentinel still gains a shield if the target is another character. Also, Penance fires two projectiles at a time, and Akhshan gains more movement speed when canceling the second shot.

“Avenging Boomerang” (Q) causes Akshan to throw a boomerang that deals damage and reveals invisible enemies. both on the way out and on the way back. Whenever it hits a target, the weapon gains more range.

“Rebellion” (W) has two effects. Passive power marks enemy champions that eliminate Akshan's allies as Scoundrels. When Sentinel defeats a Scoundrel, he gains more gold and automatically revives dead partners. The active effect, however, makes Akshan invisible, with increased movement speed and mana regeneration when walking towards one of the Scoundrels.

“Heroic Thrust” (E) triggers the Penance hook, trapping Akshan in place. first land reached. If the champion uses the skill one more time, he swings in the direction of the mouse cursor and fires projectiles at the nearest enemy. The hook's cooldown is reset if the Sentry kills an opponent.

The ultimate “Punishment” (R) locks Penance's crosshairs on an enemy champion and causes Akshan to accumulate ammo in his weapon. At the end of the cast, or when using the skill again, the Sentry fires the holstered bullets at once, dealing damage based on the target's missing health. The character can move while loading shots and use Heroic Boost between shots. 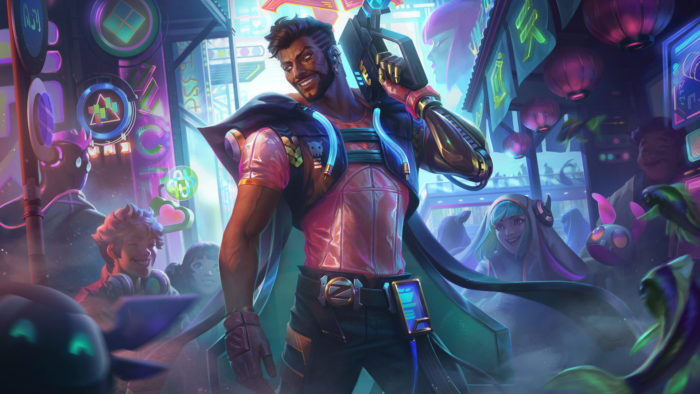 The skin released with the champion will be the Akshan Ciberpop. The theme brings visual elements inspired by the cyberpunk subculture, such as limbs modified with cybernetic parts and futuristic urban-style costumes. The “pop” part brings vibrant colors and neon details to the costume.