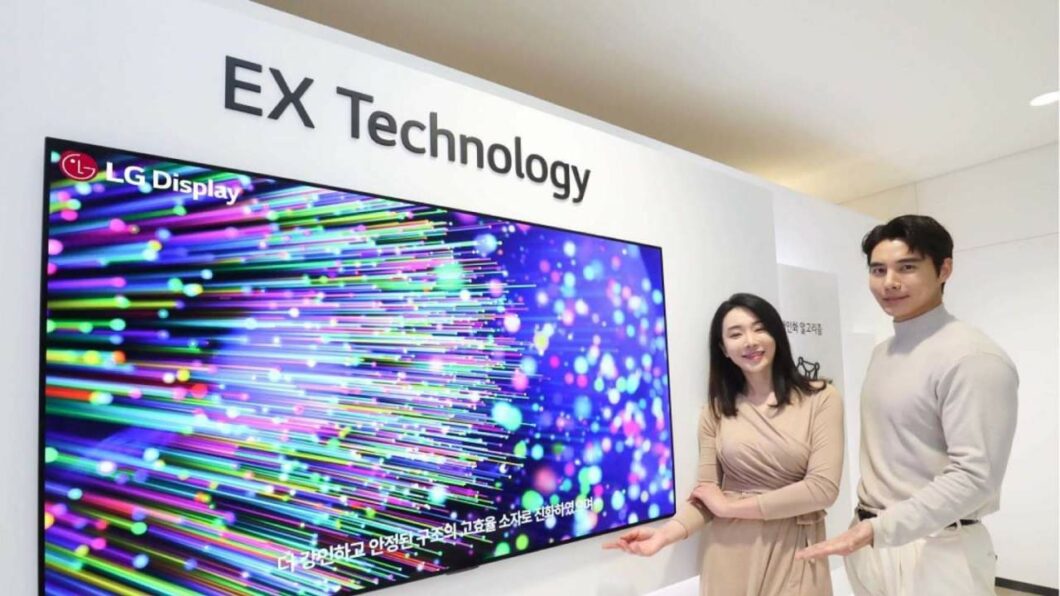 The evolution of OLED screens is coming. In the spirit of CES 2022, LG unveiled its new OLED EX panel, which promises to be up to 30% brighter than the previous generation thanks to the incorporation of a chemical compound called deuterium. With this, the manufacturer intends to solve one of the main pains of today's OLED TVs: the lack of brightness in very bright environments.

According to LG, OLED EX panels will use deuterium compounds and custom algorithms to improve stability and the efficiency of organic light-emitting diodes. In practice, the algorithms will allow the screens to analyze both the environment where the device is and the content displayed to deliver the best possible image, with adequate brightness level, through machine learning.

While Therefore, deuterium enters as a kind of chemical stabilizer in OLEX EX screens. This compound is an isotope gas of hydrogen — that is, it has the same number of protons — also known as “heavy hydrogen”. The difference between the two atoms is twice the mass of deuterium, which comes from one more neutron in its atomic structure.

The light-emitting diodes in traditional OLED panels are basically composed of carbon, hydrogen and oxygen. In OLED EX screens, LG managed to replace the common hydrogen atoms with the deuterium isotope, which, being heavier in mass, is capable of emitting electrons — and consequently light — with greater stability and efficiency.

The downside of relying on deuterium is its rarity in nature. Out of 6,000 hydrogen atoms, only one is the isotope. LG says it has managed to find a way to extract deuterium from water to apply the compound on a large scale to OLED EX panels, but that doesn't seem to be a simple process, nor is it cheap. For now, we don't know how this will affect the price of TVs and monitors in the future.

OLED EX promises to be 30% brighter

In 8K TV models, the OLED EX panels will be formed by up to 33 million light-emitting diodes, so there should be no lack of brightness. LG promises up to 30% greater lighting in these new models, which should guarantee the manufacturer a nice advantage in the screen market. For now, the company has not commented on whether the use of deuterium affects other issues of OLED displays, such as the burn-in effect.