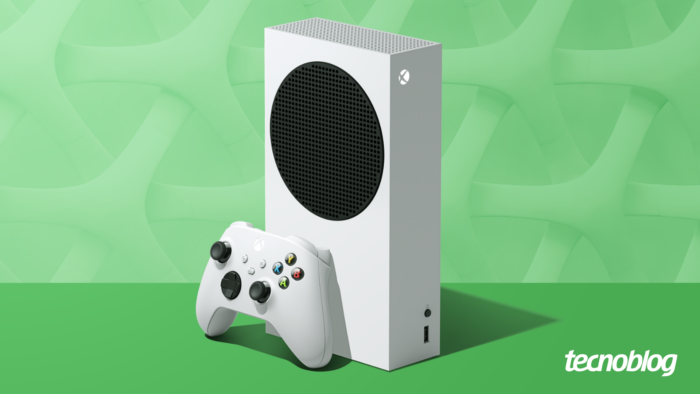 The Xbox Series S may gain the ability to run games on physical media in the future, even without having a disc drive. According to a new patent filed by Microsoft, console owners will have the option to authenticate games on other devices, such as Xbox One, to download digital versions of the next generation video game from the Microsoft Store.

This novelty should especially benefit people who have several old physical games purchased and want to play them again for backward compatibility. However, the system patented by Microsoft still requires the individual to have an Xbox One at home to put the discs, in addition to the Xbox Series S — which will be used to play the titles.

There are still not many details about it. the functioning of the system. Looking at the patent diagram, you can see that the Xbox One receives the physical game and sends the authenticated license to the Xbox Series S via mobile or computer. The entire process must happen through Microsoft's online networks.

For now, there is no forecast for the implementation of the patent on Xbox consoles. Until that happens, Xbox Series S owners remain unable to play older physical games. The only options available are: repurchase the games in the digital version or be lucky enough to find them in the Xbox Game Pass or Xbox Cloud Gaming catalog.

Released in November 2020, Xbox Series S is a gateway more affordable for the new generation of consoles. By costing almost half the price charged by Xbox Series X and still running the latest games with good performance, the video game has been successful in the Brazilian market. However, the lower cost comes with some limitations.

Despite being fully digital, the Xbox Series S has less internal storage than the Xbox Series X — 512 GB instead of 1 TB. This means there is less space available to store games downloaded from the Microsoft Store.

In addition, the entry-level console performs poorly compared to its more expensive sibling. While Xbox Series X displays graphics at resolutions up to 4K with high frame rates per second, Xbox Series S is limited to resolutions up to 1440p. In practice, this is even more serious, as there are games that are below 1080p, especially the heavier titles.

The limited hardware of the Xbox Series S, even, annoys some developers, according to the Digital Foundry. On DF Direct Weekly's 60th show, presenter Alexander Battaglia (@Dachsjaeger) claimed to have heard several complaints about the matter.

“I don't want to disappoint the audience that follows the Digital Foundry and it has an Xbox Series S, but we've heard from a number of developers who find the Xbox Series S difficult to work with at times. It's not because of the power of the processor or the graphics chip, but because of the memory limitations”, commented the presenter in video.