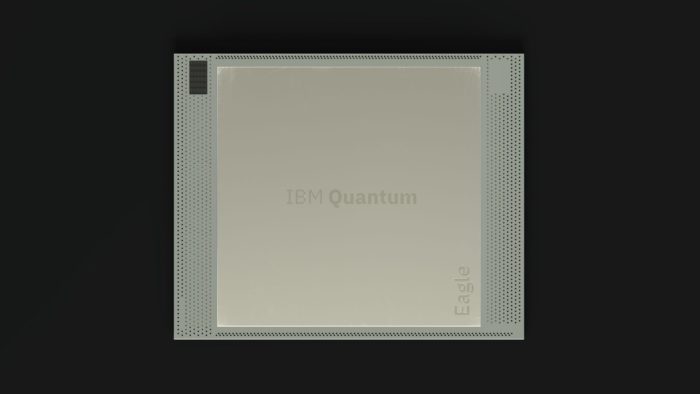 The search for a viable quantum computer capable of solving the most challenging problems continues. IBM, one of the companies that do most research on the subject, has just revealed its latest achievement: the IBM Eagle, a 127-qubit quantum processor strong>. It is a chip so powerful that it cannot be simulated even by a supercomputer.

There's a good reason tech giants are betting big on quantum computing: such a machine could solve problems so complex that they would take months or years to tackle by computers today.

That's why Darío Gil, director of IBM Research, doesn't hide his excitement at the latest advancement: “the arrival of the Eagle processor is a huge step towards the day when computers quantum computers could outperform [the performance of] classical computers by significant levels.”

The more qubits, the better

So-called computers classics are bas ed in binary logic, that is, they perform operations based on bits. A bit must assume a state represented by 0 or 1, but not both at the same time.

Quantum computing is based on the qubit (simplification of “quantum bit”) , which can take on 0, 1, or a superposition of both values. This approach opens up a range of possibilities for computing, as long as the computer can handle a significant number of qubits.

That's why the IBM Eagle is noteworthy. The chip is the first to surpass the 100-qubit barrier, a mark that is enough to determine that a quantum computer surpasses classical computing. At least that's what Arvind Krishna, CEO of IBM, suggests in an interview with Axios:

It is impossible to simulate [the Eagle] in something, which means it is more powerful than anything else. (…) It would be necessary to have a normal computer bigger than this planet for that to be possible.”

From this point of view, just increasing the number of qubits for a quantum processor to become viable, right? The problem is that this task is not simple. To make Eagle reach 127 qubits, IBM had to resort to several complex procedures.

The IBM researchers had, for example, to reduce as much as possible the amount of components needed to control the qubits. . Every reduction effort is important, as any element can interfere with quantum coherence — in practice, make the system unstable.

IBM Eagle is just the beginning

Eagle is the means, not the end. In the company's understanding, the current project, when combined with future advances in cooling and control of qubits, for example, will enable the development of even more advanced and therefore useful quantum processors.

We're not talking from a distant future. IBM's goal is to announce the Osprey, a quantum processor with 433 qubits, as early as 2022. If the plans are followed, 2023 will be the year of presentation of the Condor, a quantum chip with 1,121 qubits.