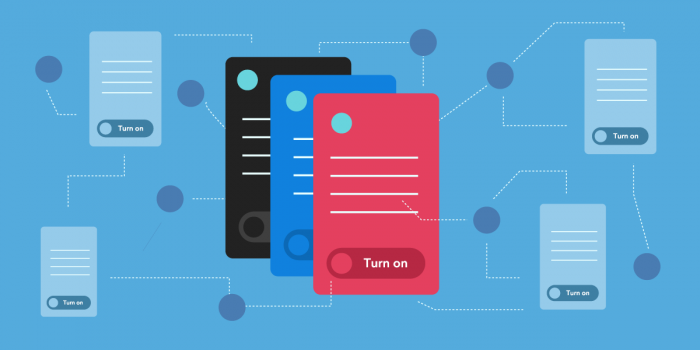 If you like to automate the action of applications, you must have already looked for solutions in IFTTT (if this, then that). In Portuguese, “If this, then that”. The free platform houses more than 65 million simple conditionals so that websites, apps, traditional software, social networks, games and electronic equipment work together — when something happens in one of the systems, it generates a programmed and immediate result in another.

It is a equivalence relationship.

Who creates all this are more than 130 thousand registered developers (among them, giant technology companies). Which, in part, explains the business model.

IFTTT (pronounced similarly to gift, without the “g”), was born in 2010 by the American brothers Linden and Alexander Tibbets. To get off the ground, the startup, like several others in Silicon Valley, got funding from investors (about $40 million). Since then, it has become “King of the Gambiarra”.

Today, IFTTT is a free platform — for both the user and the developer — capable of making their apps and devices talk with each other. The terms of use, however, guarantee a possible turn of events ahead. That's been happening gradually, it's true, with a focus on tech companies and new features.

“The service is currently free, but we reserve the right to charge for some or all of the services in the future. We will notify you before the service you are using starts costing a fee, and if you wish to continue using the service, you must pay all applicable fees,” says IFTTT. At the moment, there is no paid applet.

How does the IFTTT Platform work?

In the meantime, the team, composed mainly of engineers, and also focused on product management , marketing and business, is fueled by partnerships. The revenue comes, in addition to the initial investments, from IFTTT Platform customers who pay to host solutions and connections to their own products (almost always new).

Without confirming the amounts charged, that depend on the necessary infrastructure, cited as main customers the technology giants GE, BMW, Microsoft and Google. Others are Dropbox, The New York Times, Twitter, Slack and Spotify. At there are currently three monthly plans, “Lite” still no value, “Basic” for $199 and “Enterprise” for $499.

“We charge a flat fee which allows customers to publish services and Applets, and gain valuable insights into how their integrations are used,” IFTTT explained in a note. The main difference from the more expensive paid services are exclusive marketing and branding tools, branding in the applet, 24/7 support, advanced analysis of user data, priority in API calls and unlimited admin accounts.

With With a global user base but no English translation, IFTTT suffers from some bugs with non-English characters that can cause errors in applets — which limits its use to the West. However, to attract new customers among the big applet makers, it promises “deep analytics” and a “works with IFTTT” (which guarantees third-party users compatibility) and what it calls “trusted experiences.”

p>For the future, the team assures that it is focused on creating powerful tools, insights and new services for the platform that continues to grow in a rich ecosystem full of individual developers, small and medium companies, as well as Fortune 500 companies, which they look for alternative solutions.

The most popular Applets

To reach this business model, however, a lot of water went down. In 2015, applications arrivedOfficial ives for Android and iOS (iPhone). And before that, a confusion of names. 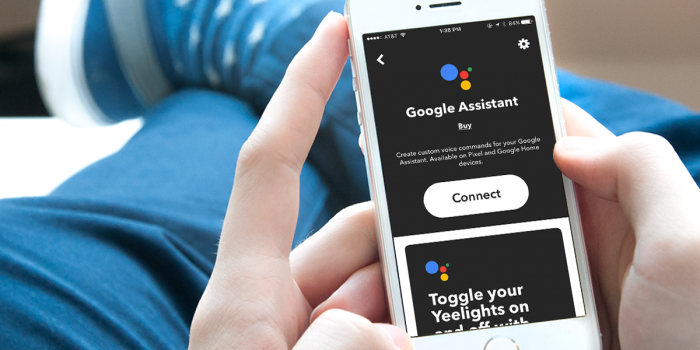 “Over the years, we've used different names for what we call Applets today. In the past, they were called Tasks, then Statements, Recipes, and finally Applets,” they explain. However, nothing has changed the concept.

According to IFTTT, among the first Applets that were popular seven years ago, and that are still popular today, are simple features Tweet Instagram posts as native photos on Twitter (by Instagram), 670k users. Get an email whenever a new Craigslist post matches your search (by IFTTT), with 150k users and Get daily weather alerts (by Weather Undergroud) with over 1 million users if you add up all available options since then. 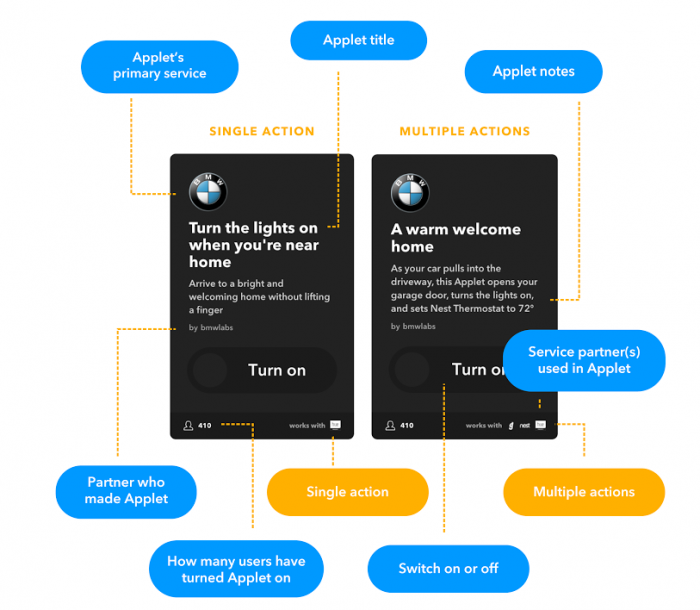 Instagram solutions, for example, circumvent API changes such as Twitter, which no longer allows content from other social networks or platforms to appear embedded in tweets, presenting only links in instead of a thumbnail of the post.

Asked about the most popular partners, six names catch the eye. Among the software and web apps are Twitter, Facebook and Gmail. Amazon Alexa, Google Home and Philips Hue are some of the most popular devices for the Internet of Things.

From the user's point of view, free access follows the old rule that remains firm on the Internet: provide your details and we'll give you the sky. The first step in venturing into the wonders offered by IFTTT is granting the Applets access to our personal data to post on our behalf, send emails or read our actions.

Except in situations involving the Justice, the company states that it does not provide or sell user data to third parties. Not only IFTTT, however, has access to data on the use of Applets. Developers also handle this information.

Even if you need an Applet that looks nice and friendly, make sure the developers are of unknown origin. All Applets have a “by developer” area, which brings the name and link to the developer's profile. Partner brands on IFTTT, as well as on social networks, have the blue “verified account” seal.