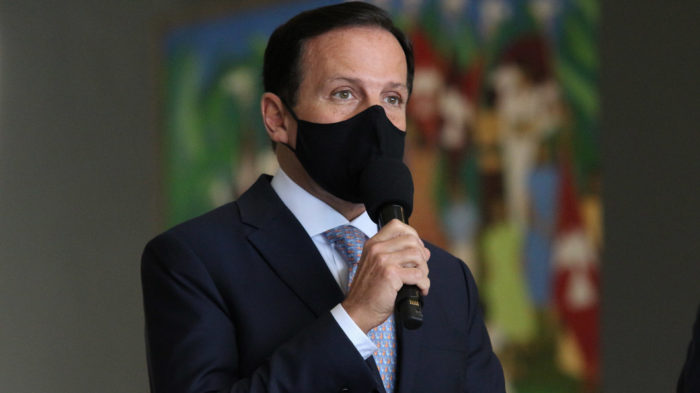 The Legislative Assembly of the State of São Paulo (Alesp) approved a bill that provides for a fine of up to BRL 5,500 for anyone who shares fake news about COVID-19, disease caused by the new coronavirus. The PL 350/2020 defines a series of emergency measures to be adopted by the state during the pandemic.

Article 33 determines the imposition of a fine for those who “disclose, by any means, information or news that they know to be false about COVID-19”. The value would be between 20 and 200 Fiscal Units of the State of São Paulo (UFESPs), which, in 2020, represents between R$ 552.20 and R$ 5522.00. The amount collected from fines would be earmarked for health actions in the state of São Paulo.

The project does not indicate, for example, who will determine whether the person who shared the news knew it was fake. In addition, it does not make clear how the inspection and application of fines will be carried out. According to the proposal, these tasks should be regulated by the Executive Branch, headed by the governor of São Paulo, João Doria.

According to CNN Brasil, despite the controversy among state deputies, Doria must sanction article 33. The passage was included in the project by suggestion by state deputy Thiago Auricchio (PL), who stated on his Twitter profile that the purpose of the proposal is not to punish just anyone. “The main purpose is to penalize those who produce fake news just to denigrate, distort the facts and bring lies to the citizen”, he said.

My proposal that provides for a fine for those who spread fake news about the coronavirus is not intended to punish anyone. Main purpose is to penalize those who produce fake news just to denigrate, distort the facts and bring lies to the citizen. #FakeNews

It is worth remembering that the discussion about fake news also takes place in Brasília. PL 2630/2020, by Senator Alessandro Vieira (Cidadania-SE), and the initial version of its substitute, by Senator Angelo Coronel (PSD-BA), received criticism because of the possible risks to freedom of expression that would arise with the approval. text. According to Senate President Davi Alcolumbre (DEM-AP), the new version of the bill should be voted on on Tuesday (23).