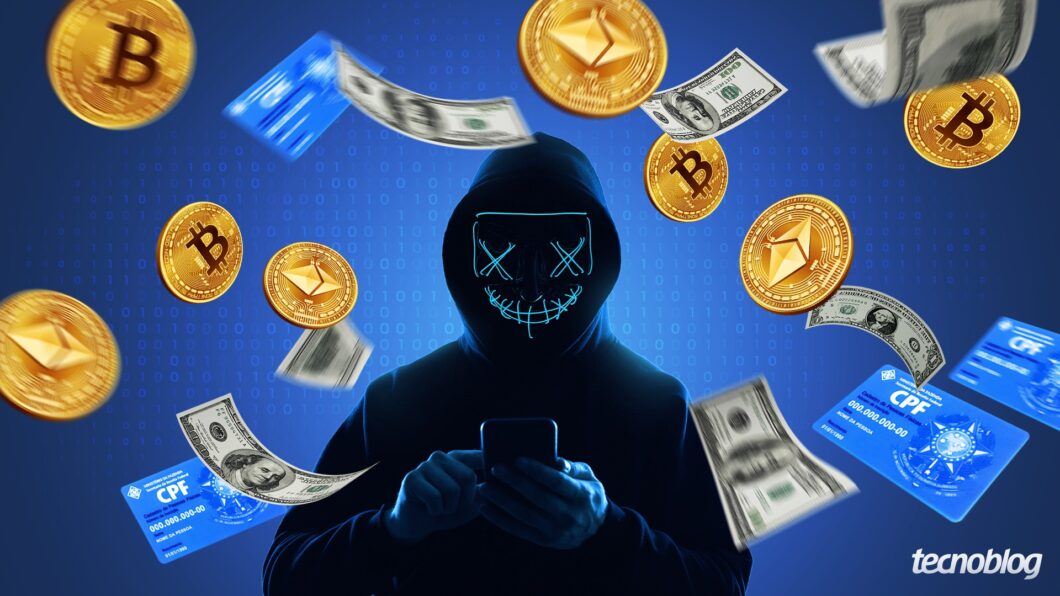 About a year ago, Brazilians discovered that a huge leak was for sale: it included 223 million CPFs - even those of the deceased - and personal information such as income, degree education, address and list of relatives. That database remains for sale on the deep web, and could have netted the hacker who originally marketed it up to $5 million, according to an exclusive analysis shared with Tecnoblog.

In January 2021, Tecnoblog exclusively revealed the details on the mega-leakage of 223 million CPFs. It brought 37 folders including all kinds of personal data, such as RG, credit score, telephone, INSS registration, among others.

The hacker made the announcement on a forum, sharing a sample of the data to confirm that it was something real; he charged prices ranging from US$0.075 to US$1 per CPF, depending on the volume purchased. Payments were made in bitcoin.

Two months later, the hacker lowered prices: he divided the leak into 40 equal parts sold at $750, the first of which was offered without payment. Whoever wanted all the content would end up paying $30,000.

The cybersecurity firm Kzarka claims to have tracked the various cryptocurrency wallets used by the hacker who sold the CPF megaleak. The company's focus is on discovering security breaches: between 2017 and 2020, it monitored more than 200 different leaks that, together, reach 15.2 billion results.

Gwin specializes in forensic analysis of cryptocurrencies in Kzarka. In an interview with Tecnoblog, he explains that the company has been following the various transactions associated with the first person who sold the leak.

“We have tracked the cryptocurrencies related to the leak, and we have wallet data that is certainly the hacker's; it's 100% sure that they really belong to the person”, says Gwin. He guarantees that more than US$ 250 thousand were moved by the intruder.

The value jumps to US$ 4 million to US$ 5 million when consider wallets with a high probability of belonging to the hacker, that is, with a chance greater than 70%.

And this value can increase: some wallets that had 40% or 50% from being the hacker jumped to 100% certainty, explains Gwin. “He used the address again, took two separate wallets and signed the same transaction, so we know for sure it's from the hacker, and so we find more funds.”

OK, but are the police aware of this? Well, Kzarka set up a siege on the hacker's wallets, analyzing the money movements, and sent everything to the authorities. “We sent reports to the Civil Police regarding the cryptocurrency investigation that came from the leak,” says Gwin. However, he says that no one has responded.

“We participate a lot in investigations beyond this one”, explains Gwin. “When an investigation goes to the Federal Police, they take all the documents received by the Civil Police.”

The analysis of each portfolio needs to be done on an ongoing basis: depending on how it is handled, it may end up revealingowner. “As time goes on and the owners of the wallets spend or move the money — which is no longer just bitcoin, but now has other types of currency — it becomes clearer whether these wallets are just relation with this hacker, or if they actually are this hacker,” Gwin tells Tecnoblog.

This ongoing analysis is also necessary because, to run less risk, the hacker usually avoids tinkering with illegally obtained money too much. “Usually he's afraid of making a mistake,” explains Gwin. “He knows he's good at what he does, but he's afraid that maybe there's a better person there, that he doesn't know exists… that's why the criminal leaves cryptocurrencies in wallets for a long time.”

In terms of cybersecurity, this can be understood as decreasing the attack surface, says Gwin. By performing fewer actions, you have fewer situations to worry about, so you end up having more security – even if it's just a perceived security.

“It's a very complex thing, isn't it? It has a lot of moving parts, so you think, 'the less I move, the lower my risk,'” notes Gwin. The expert also makes one caveat: the money was spread across different cryptocurrencies, including some that Kzarka does not track.

This type of analysis is possible because bitcoin transactions are public . They are recorded on the blockchain (ledger), including the value, date, time and wallet; and can be accessed by anyone. The same goes for currencies like ether.

The blockchain does not reveal the identity of the person making each transaction, but if you know who owns a bitcoin wallet, you can track the money. Of course, tracking is not so simple because the hacker has his tricks to try to hide – using money laundering, for example.

Therefore, it is not always possible to determine that a wallet belongs to a certain person; but, thanks to advanced monitoring systems, the probability can be calculated. These systems do something called clustering, scouring the transactions of certain wallets to find out where the money went – ​​and find out where it might have come from.

Megaleak is sold by other people

So far, we've only talked about selling the original megaleak. However, the base is now in the hands of more people, who have reorganized the information to resell it. In Tecnoblog, Gwin mentions having seen four adaptations of this data; in some cases, the goal is to make everything more machine-readable, that is, for analysis done via a computer program.

The price of the leak is decreasing because it follows market forces: the supply increases as data spreads across the internet; and demand decreases because the information has an “expiration date” (shelf life). “For example, income data is important, but you might not be in the same job for ten years,” explains Gwin; thus, this data loses value as time passes.

Meanwhile, other information can be used for a longer time; this is the case with the CPF, which cannot be changed. “In the crime of misrepresentation on the internet, someone can use your name or CPF to open a bank account… The criminal doesn't have that many options, he basically goes to the database and chooses a random CPF, from a random person, and uses it”, explains Gwin.

Due to Given this diversity of data in the leak, the Kzarka expert believes that this information will continue to be sold for quite some time, about three years. “And crimes of different types will still happen as a result of this leak”, he warns.

A curiosity: the specialist identifies himself only as Gwin because “the work requires hiding the name due to possible reprisals from criminals”. He explains that he used this nickname to access online games and then kept the nickname to explore the deep web.