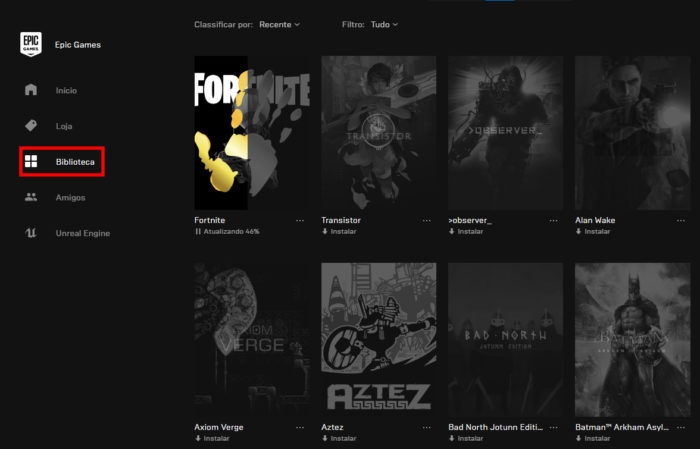 The legal battle between Apple and Epic continues to yield documents with behind-the-scenes information about the two companies, but especially about the owner of Fortnite. Now a new document that the Epic Games Store wants to have up to 50% of the market for PC games in three years, surpassing its main competitors – such as Steam.

The report is accompanied by another published on Tuesday, May 4, which said that Epic paid US$ 11.6 million 63 million) to developers to distribute free games, such as Batman Arkham, on the Epic Games Store between December 2018 and September 2019. It is also worth remembering that the Epic Games Store offered 749 million copies of free games.

According to the same document, the company expects aggressive marketing, sales and marketing tactics to secure between 35% and 50% of the market by 2024, depending on Steam's reaction. Currently, Steam itself holds 75% of this market, so Epic would have a large share, if it achieved the goal.

According to Ars Technica, which broke down the document, this prediction may have changed, since that the growth of the Epic Games Store has been much higher than anticipated in recent months. This for a number of factors, but also including the launch of exclusive games there, in addition to Epic's own games, such as Fortnite.

For this reason, the supposed dominance of 50% of the market may come before the planned, if Epic continues its aggressive efforts to win over audiences and convince companies to launch their products only there.

Earlier this year Epic also revealed figures on the platform, also informing that EGS has 160 million users, against 108 million added in 2019. Monthly active users practically doubled: from 32 to 56 million.

And it's not just free games : Store users spent more than $700 million on games throughout 2020, with $256 million spent on non-Epic games.

Finally, there are still other numbers, such as 235 countries represented by creators, and some of the most popular titles such as Assassin's Creed Valhalla, Fortnite, Godfall, Borderlands 3 and Rocket League.