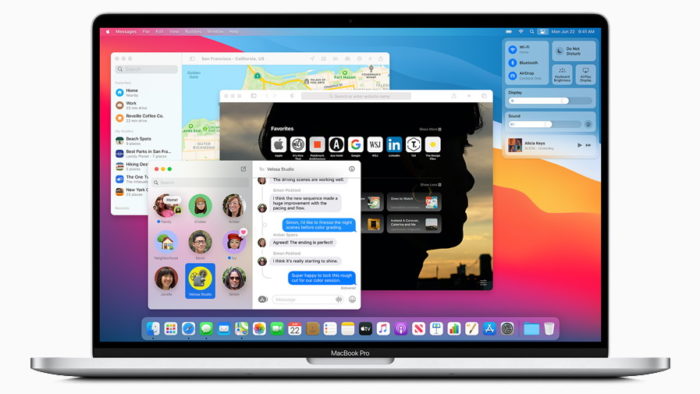 The wait is over: Apple announced the final version of macOS Big Sur (11.0) this Tuesday ( 10), during the “One more thing” event. Among the new features of the operating system for Macs are the look of iOS, Control Center and the new version of Safari. The update will reach the brand's computers this Thursday (12).

Announced during WWDC 2020 in June, the update refreshes the interface, now closer to iOS. In addition to the renewed look, with the right to new icons, the system now has a Control Center as in the operating system for iPhone and iPad and changes to the Notification Center, with remodeled widgets.

The news also reached the native apps. This is the case with Safari 14, now available for macOS Catalina and macOS Mojave, which brings improvements in tabs, privacy and more. Apple even brought Messages closer to the iOS 14 app, which allows you to pin conversations to the top, and revamped the look of Apple Maps. 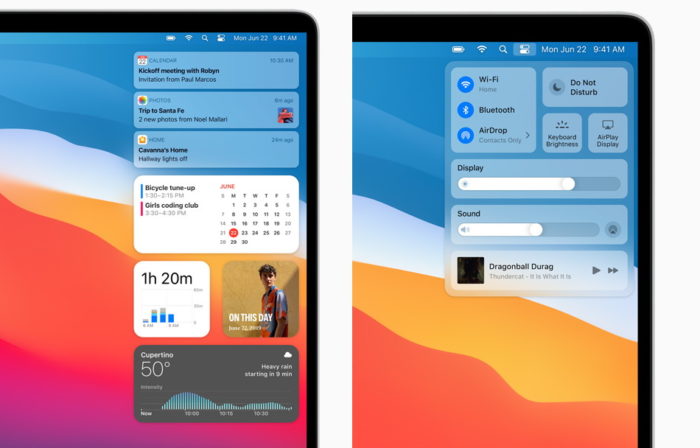 The successor to macOS Catalina (10.15) also participates in the transition of Intel processors to the ARM (Apple Silicon) architecture ) on Macs, also announced at WWDC. According to Apple, the operating system is optimized for the new Apple M1 processor, which guarantees better performance and lower power consumption.

The integration between software and hardware also adds other benefits to the new ARM-enabled Macs, such as the possibility of activating the computer in an instant, like on the iPhone. Computers with macOS Big Sur and M1 will still be able to run iOS and iPadOS apps natively, as well as Intel processor apps, thanks to Universal and Rosetta 2. 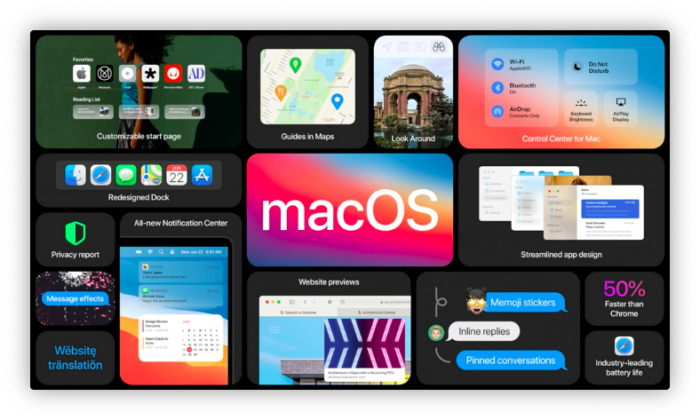 Apple will make the new version of its operating system available for computers and notebooks this Thursday (12), free of charge, to owners of MacBook, MacBook Air, MacBook Pro, iMac, iMac Pro, Mac Mini and Mac Pro around the world. Check out the Macs compatible with macOS Big Sur (11.0):

Apple debuted its first computers without Intel processor this Tuesday (10). In all, three Macs were announced, namely a MacBook Air, MacBook Pro and a Mac Mini. In common, the trio brings macOS Big Sur and the new Apple M1 chip, with the promise of a lot of speed and energy efficiency during use.

The new 13.3-inch MacBook Air maintains the same footprint. of lightness and simplicity. Without changing the design, the Apple notebook features the new M1 processor, leaves the fan aside and promises battery life of up to 18 hours, depending on use. In Brazil, the suggested computer price starts at R$ 12,999.

The second Apple computer presented during the event was the Mac Mini. Still quite portable and miniature, the desktop computer also features the new eight-core Apple Silicon chip and supports 6K resolution displays and Wi-Fi 6. Here, the simplest option will cost BRL 8,699.

Apple also unveiled a new MacBook Pro, with a 13.3-inch screen. Its main highlight is the battery, which can last up to ten hours, depending on use. “The MacBook Pro offers up to twice thebattery life of the previous generation and the longest battery life on a Mac,” they announce. Prices start at R$ 17,299.

There is no estimated release date for computers in Brazil.