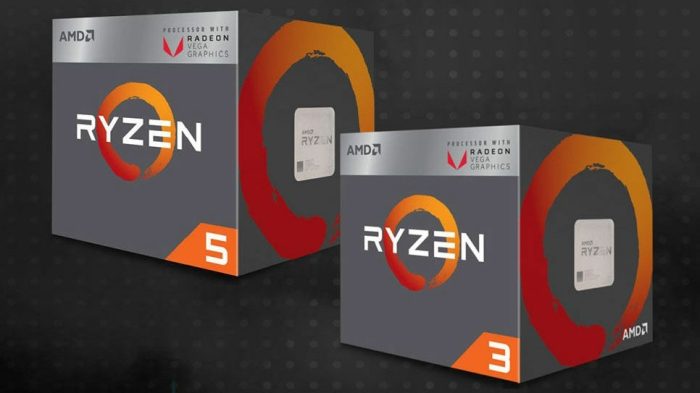 This is a known problem for folks who build or build their own PC: you buy a brand new processor, choose a motherboard that supports the chip socket, turn it on everything right on the power supply and… nothing happens. This is often because the motherboard firmware has not been updated to support the new processor.

This happened to buyers of the new Ryzen 5 2400G, which has an integrated GPU. It requires a firmware update on the motherboard; otherwise, the computer will not boot. But to update the firmware, you need a processor. And now? AMD solved the issue in a peculiar way: sending a new chip to users.

In a support article, AMD explains that the AM4 socket is used by Ryzen and was released in 2017; since then, there have been several updates, including to support chips with integrated GPUs. The solutions offered are the classic ones (update the BIOS at the hardware store or temporarily install a processor that is supported) and a new one, called Boot Kit Solution.

According to Ars Technica, this kit consists of a fan and a dual- core AMD A6–9500, the cheapest integrated GPU model available on the market. Just order the kit, install the temporary processor, update the motherboard firmware and then put in the new chip, which will start working normally.

For a moment, users thought they were getting a new processor. free (it's a basic model, but free even injection in the forehead), but AMD asks that the chip be sent back. Strangely, the company requests that the fan in the kit (which is not compatible with Ryzen chips) be kept with the user.