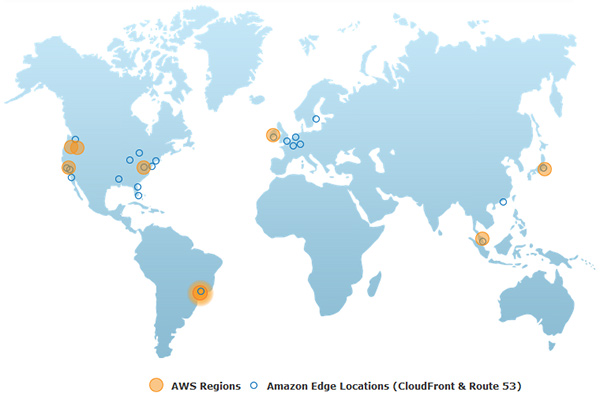 In fact, foreign companies are paying more attention to Brazil. At Nokia, the command for Latin America moved from Miami to São Paulo. At Microsoft, the Manaus factory is the only one outside China to produce the Xbox 360. To top it off, the internet giant Amazon sent a message to its customers stating that Amazon Web Services gained a datacenter on national soil.

The company's new datacenter is located in São Paulo. Amazon announced, this is the first installation of its kind in South America. In the new datacenter, customers will be able to run applications of the most varied types, taking advantage of the cloud computing that Amazon has been offering for some time. In addition to leading the way in e-commerce for physical products, Amazon also has IT products that are highly rated among the connoisseurs. It is not by chance that the arrival of Amazon AWS was celebrated by Brazilian users on social networks.

And who benefits from a local datacenter? We, mainly, as well as the closest brothers. By positioning a cloud computing network in Brazil, Amazon reduces server latency. The path that a simple request made through the internet pipes to reach a computer there in the United States and Europe decreases, since there is no longer the need to go through submarine cables or connections considered as global.

For brothers, the shorter distance to connect to an Amazon datacenter should also be celebrated. In general, we have more immediate access to images, videos, applications and everything else that developers can imagine and put on the air.

In addition to Amazon, another giant that maintains a datacenter in Brazil is Microsoft. As I recall, he serves customers who adopt the Office 365 solution. I'm not sure if the Windows Azure applications, MS's cloud computing platform, used the same datacenter or if the applications run in other countries.

p>I am happy to know that another company starts its activities here. Competitiveness is often good for the consumer.