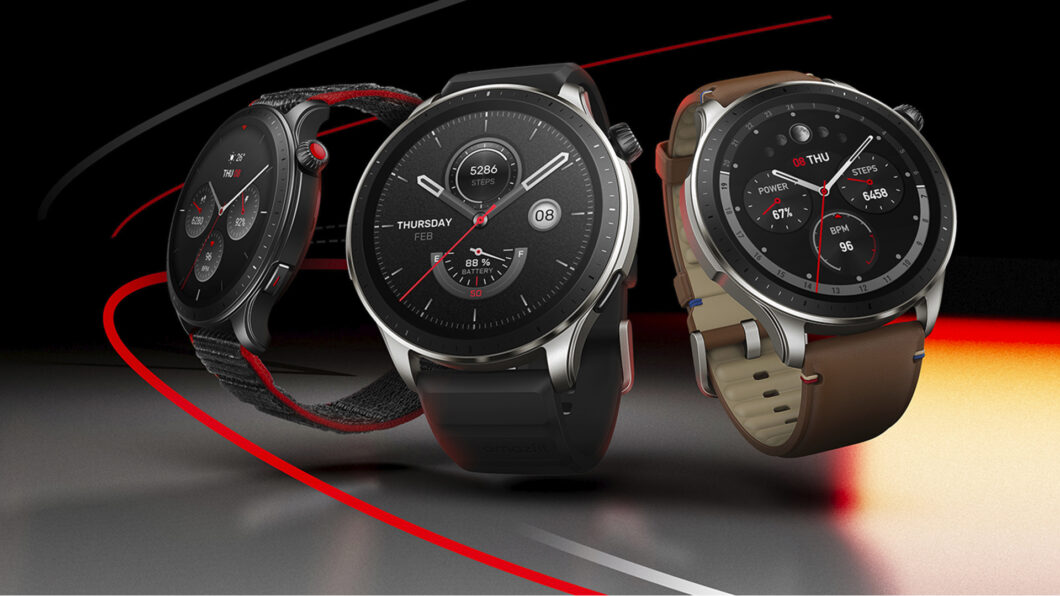 The Chinese Zepp Health (formerly Huami) announced this Tuesday (7) that the Amazfit GTR 4 and GTS 4 have already landed in Brazil. The company promises more accurate health monitoring and long battery life. The new smartwatches will be officially sold in the country only in online stores.

Between the two watches, the one that stands out is the Amazfit GTR 4. It has a circular body and a 1.43-inch screen. The model also has a rotating crown that facilitates navigation throughout the operating system, Zepp OS.

The new model also has water resistance (up to 5 ATM) , is available in silver and black and has three strap options: gray (made of nylon), brown (made of leather) and black (fluoroelastomer). The manufacturer claims that the watch's 475mAh battery can last up to 14 days.

The main differences from Amazfit GTS 4 for the GTR 4 are in the design and the battery. The model has a rectangular body, which looks more like an Apple Watch, and also has a rotating crown on the side.

The screen of the GTS 4 is slightly larger and measures 1.75 inches. However, the battery is inferior: it has only 300 mAh. According to Amazfit, the smart watch can be unplugged for up to eight days when used moderately. For those who use it intensively, it can last up to four days.

The model in question is also water resistant (up to 5 ATM) and has four color options (white, brown, black and pink). Other than that, all the aforementioned features are present here, such as the recognition of strength exercises and sports.

Both watches are capable of storing music and can control their playback via Bluetooth. Amazfit says the wearables have more advanced sensors than the previous version and constantly monitor the user's blood oxygen, heart rate and stress levels.

Price of Amazfit GTR 4 and GTS 4 in Brazil

Both smartwatches are on pre-sale since last Friday (2) in Germany and Poland. There, the suggested price is 200 euros (about R$ 1,035).

And in Brazil? According to the press release, the Amazfit GTR 4 and GTS 4 have the same price of R$ 1,149 in partner online stores – that is, Amazon and Americanas.

However, Tecnoblog verified that each model is being sold at a different price on Amazon:

If you're not sure whether to buy (or not), it's worth considering some competitive options. The Samsung Galaxy Watch 4, launched last year, is a powerful smartwatch that can already be found under R$1,200. Another alternative is the Huawei GT2 Pro, which also has a long battery and is sold in the same price range.

And there are more affordable alternatives from Amazfit itself, such as the GTS 4 Mini and Band 7: they arrived atBrazil costing R$619 and R$309, respectively.